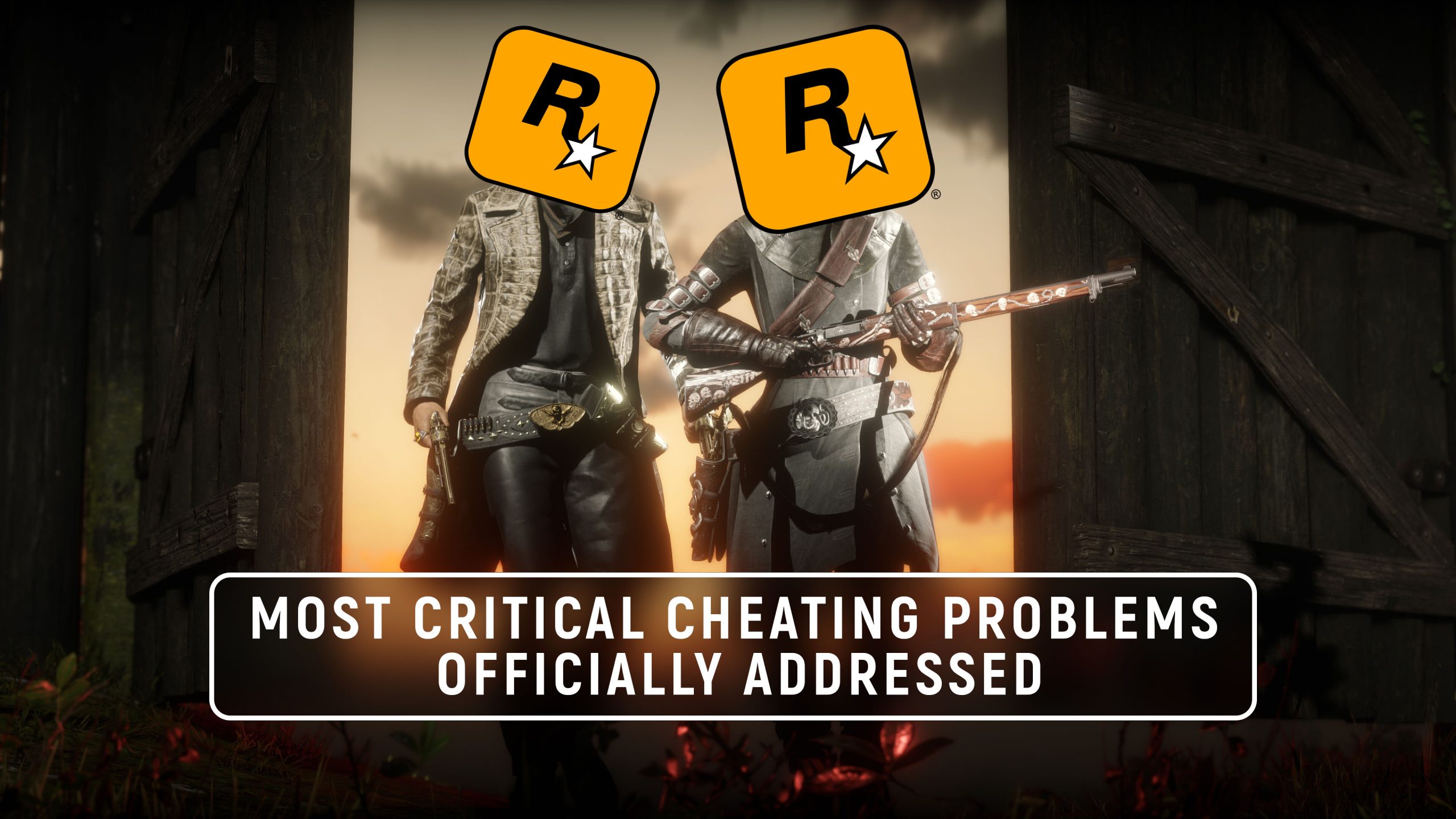 Years after complaints, Rockstar Games is fixing some of the most critical cheating issues for Red Dead Online, with a new wave of bans

red dead online & GTA online are most notoriously known in the gaming community with their longstanding issues of hacking issues in both online titles. Thousands of cheaters have always had the power to ruin a player’s experience in both games, with most online mod menus allowing cheaters to force a player into a session without an invite or, worse again, to get a player’s local IP address.

Now, however, it seems rock star games have taken these issues more seriously, amid a flurry of complaints of a cheater using a game and wide social club feat of sending millions of game invites across GTA online players on the PC platform under a newly known name in the Rockstar Games Community, “bullet torture”no pun intended.

This led to rock star games issue a fix to both Red Dead Online and GTA Online title customers the week of April 25 with a pack full of recent fixes to stop those nasty cheats from ruining everyone’s gaming experience. It is usually very rare for the company to release a patch for its game titles unless it is related to new content.

By rock stars most prominent member of the community, TezFunz2 on Twitter said that red dead online patch for the week of April 25 that fixes some issues allowing cheaters to use a Rockstar ID (see more details later on what this means), to force join any player’s session – this problem mainly affected content creators, which harassed them on a daily basis. It’s currently unknown if these fixes will carry over to GTA Online – it’s more likely that Rockstar is working on this at the time of writing.

What is a Rockstar ID?

A Rockstar ID is attached to each social club account, once you sign up for Social Club, it automatically generates a 9-digit random number that remains attached to your account forever and cannot be changed at this time. This digital number 9 can be accessed at any time via a mod menu or by using the inspect item on the Social clubs official site – this key was used to abuse customers of both games to force a player’s session without an invitation, which as noted above was officially addressed to Red Dead Online.

No more KKKs appearing in Red Dead Online, for good

Along with these highly requested fixes, Tez says it is no longer possible for cheaters to spawn KKK character models in red dead onlinethe KKK’s character models were used in the title’s single-player component for a random open-world event.

rock star always tried to fix this issue, but now it looks like the devs have taken this issue one step further, now blocking clothing components from appearing in red dead online never again, cheaters are unlikely to reproduce models thanks to this new fix.

As these new patches are rolled out, the company has taken additional steps to ban any player suspected of cheating in red dead online, Tez also said a popular mod menu Southis now detected in the game’s anti-cheat engine, so expect a slew of cheaters with a nice slap in the face of bans in the days and weeks to come.

It’s very appreciated rock star games takes these issues seriously and we hope further action will be taken beyond moving forward to Red Dead Online and GTA Online. It’s for the best and it’s the right direction that both games need.

Motorcycle games continue to be popular on Android in 2022