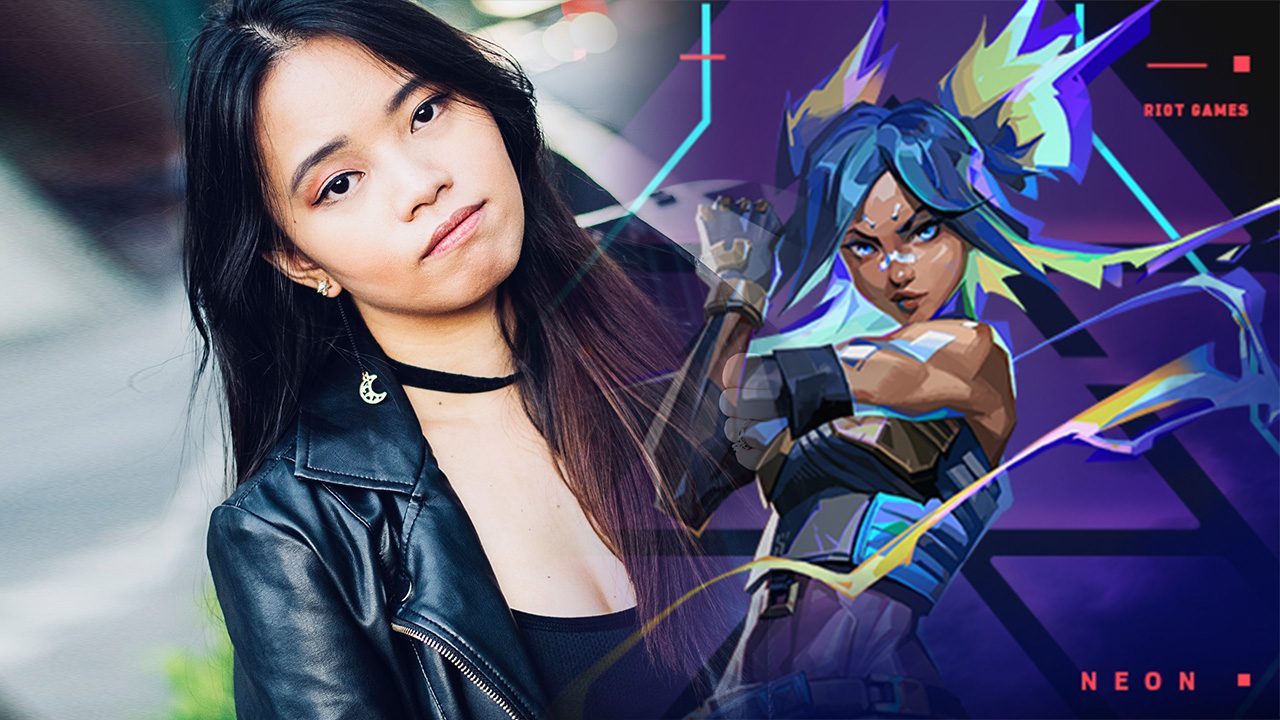 Thursday January 6th was an exciting day for Filipino players, especially players from valiant, as its publisher and developer Riot Games revealed that their new agent, Neon, is not only a Filipino character, but is also voiced by Filipino voice actor Vanille Velasquez.

Vanille also made the announcement on Twitter, with her tweet garnering over 55,000 likes and 6,400 retweets at the time of publication.

Since joining the now defunct Hero TV anime cable channel Dubbing Academy in 2016, Vanille’s resume of dubbing roles only grew. Below is a quick list of his Facebook page. You can also see her voice acting show through this link.

And on Friday January 7, Vanille added another important element to her resume: voicing the new champion, Zeri, in one of today’s biggest MOBAs, League of Legends.

Needless to say, it’s been an exciting few days for the voice actor. We caught up with Vanille for a quick email chat, and she shared her experience with Neon – a win for Filipino portrayal in video games.

Q: You are obviously very excited and proud of Neon’s reveal! We have seen your posts on social media. But take us back a bit. How did you feel when you first got the job? And how it was while you were recording Neon’s voices knowing that valiant is one of the biggest games around?

It was as exciting as it was scary, because I knew how big it is and that’s what makes it a double-edged sword. Because it’s a big deal, there’s this pressure that she has to be perfect. And I felt that pressure but I gave everything for it and I just hope it shows in my performance.

Q: How did you approach the challenge of bringing Neon to life? What went through your mind to shape the character? Any interesting excerpt from when the valiant did the team give you instructions on how to shape Neon?

Well, I haven’t really done much in terms of Neon’s personality. It was really the writers. I was just told how she was, what she looked like, and it’s just a coincidence that our personalities are a bit similar, haha. I guess my contribution is to improvise some of the Tagalog lines she says. Not all of them are improvised, just to clarify, but Riot was very supportive of my adding Tagalog, so when I can think of one, I would provide another one-line version (in English) translated into Tagalog. There are also times when my script would just tell me to add something in Tagalog, as was the case with the teaser I recorded of Neon calling his parents. I added, “Sige, babay, no, Tay. “ (Alright, bye, mum, dad.)

Q: What were the most difficult parts of the project and the funniest parts as well?

I would say the hardest part was really getting rid of the pressure. I really felt – and still feel – this huge responsibility of being the voice of Neon. I represent her and the Filipinos in a way and it can really make you anxious and nervous whether you are doing a good job or not. But everything I did in this role, I did it with all my heart to make the Pinoy players proud.

The funniest part is definitely saying all the lines in Tagalog! I had never heard Tagalog in a mainstream game before, so it was really cool for me, as a gamer myself, to hear my native language in a video game as huge as valiant. I get very excited every time I say something in Tagalog.

Q: What was the audition process like? Can you tell us a bit about how you got the job?

I had two auditions, a month apart. I just had them at home, using my home recording setup. In a way, I think it made things less scary for me because at least my surroundings were familiar. But don’t get me wrong, I was so nervous! I was contacted by the online casting producer. I just got an email one day and at first didn’t know it was Riot Games until I signed a nondisclosure agreement. For a while, I think I wondered if this was really Riot Games in my inbox. It was surreal.

Q: It’s still the pandemic, so we’re assuming you were still recording in your mom’s closet? How is the acoustics there?

Even though my auditions were recorded at home, I actually had to go to a professional recording studio for the game! At the time, I was taking a break in the studios to work in original version because it wasn’t the safest and during the first few months of working on it, I wasn’t even vaccinated yet. (I am now.) But needless to say, this opportunity was far too huge to be denied! But I recorded at home for cool stuff too! Like Jelly, Ben & Pogo, a series of animated short films on PBS Kids in the United States.

Q: How is Project Neon different from all the projects you’ve done in the past?

Q: Do you have a type of video game character that you would ever dream of expressing?

I’m a big fan of narrative games, like Life is strange (that’s why I was so happy to be in the same game as Ashly Burch, who plays Chloe in Life is strange and Viper in valiant!), and the Quantic Dream games. Even RPGs like the Final Fantasy series. I like story-driven games, which I also enjoy in valiant in terms of their tradition. So it would be a dream to be in a video game like that.

Q: What kinds of games do you like the most?

Games that focus on the story for sure. I would love to play in more competitive games, but I was always bad with them and was afraid of being heated up by my teammates, haha. But after that there’s absolutely no way I won’t play valiant. It is a given.

Q: Thanks to people for this project?

In real Neon fashion, I would scream my family! My mom and dad, who supported my career! And my little brother, who is the biggest valiant fan. I talk to the developers about him in my recording sessions all the time, to the point that sometimes they’re the ones who initiate and ask questions about him, hehe. – Rappler.com