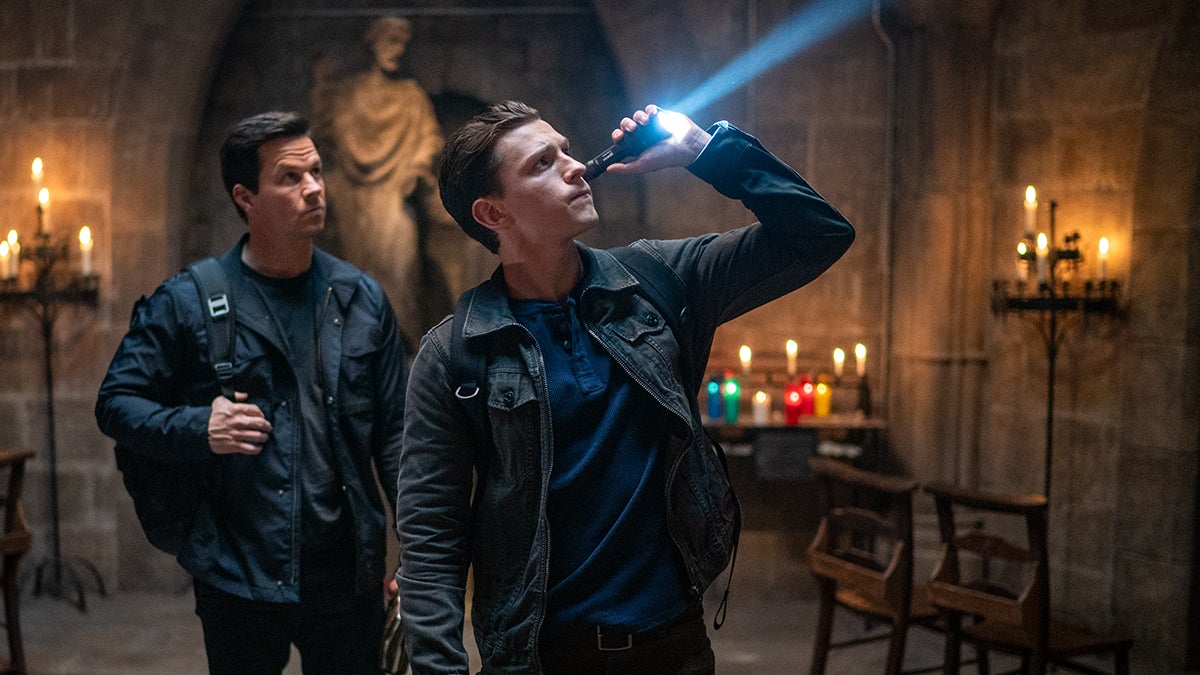 “Uncharted” is finally coming to the big screen.

After years of starts, stops, dead ends and speed bumps, the film adaptation of the beloved PlayStation video games (published by Naughty Dog) is here. Tom Holland stars as young adventurer Nathan Drake, with Mark Wahlberg as more seasoned professional Victor “Sully” Sullivan. It’s a harrowing globetrotting adventure with oversized action sets and plenty of genuine humor. And the man responsible for bringing it all together is filmmaker Ruben Fleischer.

Fleischer has directed some great movies before, like “Venom” and the two “Zombieland” movies, and he had to use all of his knowledge and experience on this one. (And it came late, too!) TheWrap spoke to Fleischer about what he wanted to keep from the video game, the potential pitfalls of video game adaptations, and whether he’s already considering a sequel.

This project had been dragging on for so long. When you were hired, did you end up looking at those previous drafts or going through that history?
No, honestly, I was just concentrating on making the movie I was hired to do. The script they originally sent that I got involved in was so good. I didn’t feel a great need to go through the archives or anything. I felt like they totally captured the tone and spirit of the games. I could imagine Mark and Tom playing these characters. And the action scenes that were written, I was so excited to be able to bring them to life.

What was it like to be made aware of this giant thing?
It was daunting, but also really exciting just because that genre is one of my all-time favorite movie genres, the treasure hunt, globetrotting, Raiders of the Lost Ark kind of is really… I mean, “Raiders” is my favorite movie of all time. When I received this script, it totally evoked that feeling for me and fulfilled all my childhood dreams of why I wanted to be a filmmaker. It was exciting. And from the moment goesI just put everything I had into making it the best movie possible.

Did you know the games before signing up? Was that also part of the call?
Totally. I knew the games. I had played the first “Uncharted” when it came out, then I had given up video games because I had children and a much busier schedule. But after I got hired, I came back and caught up to where the games had come from and was really excited, or just proud, to have the opportunity to bring them to life on screen.

Movies based on video games have had their ups and downs. Were there things that made you nervous or things that you knew you wanted to avoid when adapting this one?
Well, I think the thing that was really important to me was that the movie had to work on its own, independent of the games, just relying on the title or the IP as a movie. And I think just trying to recreate the games is a wild ride because video games now are so cinematic and so immersive that everyone who’s played the game has been that character, they’ve had control over the fate of this character. And since movies are sort of passive in nature, you just have to make sure they’re entertaining from start to finish and work for their own medium. And we were shooting a big action movie. It has to work the way any great action movie has to work and it’s great characters, amazing settings, exotic locations. My goal was to make it work like a movie while respecting the acting at the center of it.

How soon did you realize that the relationship between Tom and Mark was going to do the heavy lifting?
Well, as a comedy director, you know that when you’re on set and you feel the electricity of that repartee. And luckily, Tom and Mark are both such talented comedians, for which they are not recognized enough. You think of them as these big action stars, but they’re both hilarious as individuals. One of the first scenes, if not the first scene that we shot with Mark and Tom, was this scene in the crypt where they were turning the keys and the arrows were shooting out and Nate was getting mad at Sully and Sully said, ‘I didn’t. “Not my glasses. I can’t read that stuff. I think it might have been an improvised line. Mark had a bunch of them ready to go.”

And then there was the line, “Oh my God, how many apps have you opened?” Which was a scripted line, and then I think they may have improved the Tinder line. But yeah, that scene where it was just them fighting was one of the first days we shot with the two of them. The first day, we shot with them two and Sophia. And I knew just by watching it, that it jumped and there was this chemistry and the comedy worked. And comedy is such a big part of the games that it was really important to me that it was the focus of this movie as well. And so, yeah, it was exciting that day because I just watched it happen with my own eyes. And I was like, these guys are just fun to watch and really, really funny.

Can you talk about working with cinematographer Chung-hoon Chung again and what the two of you have decided for the look of it?
I think Chung-hoon Chung is the unsung hero of this movie because he’s so handsome. I mean all of these locations and settings, they are spectacular. And technically, it was really difficult given the COVID to shoot this whole movie, especially in Europe with a crew that he had never worked with before. It was not an easy task, but it exceeded my expectations. And in terms of the visual aesthetic of the film, I wanted it to be big and expansive. And we intentionally chose locations that would offer that scale and give us almost Bond quality. And yes, he is simply the best, most collaborative, easy to work with, funniest and most awesome cinematographer you could hope for.

What was your philosophy regarding action scenes?
I mean video games set the bar very high in terms of expectations of what the action would be like. I wanted to make sure that we at least met the expectations of what an “Uncharted” movie would look like. But having someone as talented as Tom Holland or for that matter Mark Wahlberg in the center of the film allowed us to do so much with them in the center of the frame. We didn’t have to hide the stuntmen because they were literally performing their own stunts. I think that makes it all the more visceral and maybe the reason it’s not quite as cute is that we didn’t have to work around the fact that the actor wasn’t the focus of the action. We had our movie stars playing the action. So you can just hold on to it and allow it to feel real because you’re not hiding the lack of reality.

When does it get too complicated to say, “OK, Tom, you can’t do this?”
Tom is the person who says that. He will type. He’s got two amazing stunt people, Luke and Greg, who are… They were in “Spider-Man” with him and they’re just exceptionally talented stunt people and also really cool people. And then I think there’s a lot of communication between Luke and Greg and Tom going, ‘Yeah, we think this one’s for you. This one is for us. And it really is whether the shot is on his front or his back. Because if it’s on his back, there’s really no reason to put Tom on it. And if it’s on his forehead, obviously, if we can get Tom to play it, that will make it even better. But yeah, but there’s a lot of communication between everyone involved to make sure it’s appropriate to put your movie star at the center of this action and make sure they’re still safe and no one don’t get hurt.

Have you started thinking about another “Uncharted?”
No, of course, I can’t help it. When you spend two years on a project and a year in post-production, yes, your mind tends to wander. I’ve thought about it a lot, but I don’t want to speculate. I just want to make sure this movie turns out the way we all hope. And then hopefully we’ll get a chance to do more and answer some of those questions.