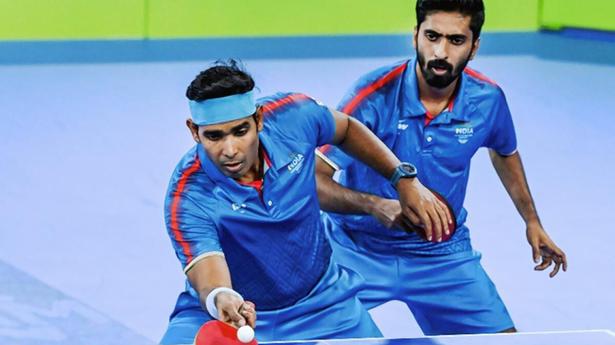 The National Games table tennis competition will take place well before the opening ceremony on September 29 to ensure the attendance of world championship stars including Achanta Sharath Kamal, G Sathiyan and Manika Batra.

The trio will be among the first athletes in action at the 36th National Games in Gujarat as the organizing committee decided to hold the table tennis competition from September 20-24. The schedule had to be brought forward as the World Table Tennis Championship begins in Chengdu, China on September 30.

India’s top athletes in 37 disciplines will line up for their respective states at the National Games.

Held after an interval of seven years, the National Games will be held in six cities of Gujarat – Ahmedabad, Gandhinagar, Surat, Vadodara, Rajkot, Bhavnagar. New Delhi will host the cycle track competition.

More than 7,000 athletes from 28 states and 8 union territories will be seen in action, making it the biggest sports spectacle in the country.

Gujarat, which stepped in to host the Games just three months ago, pulled it all together in record time and are confident they are putting on one of the most memorable spectacles.

Qatar 2022 World Cup stadiums: How big is the Ahmad Bin Ali Stadium, who plays there, what matches will it host and how much did it cost?