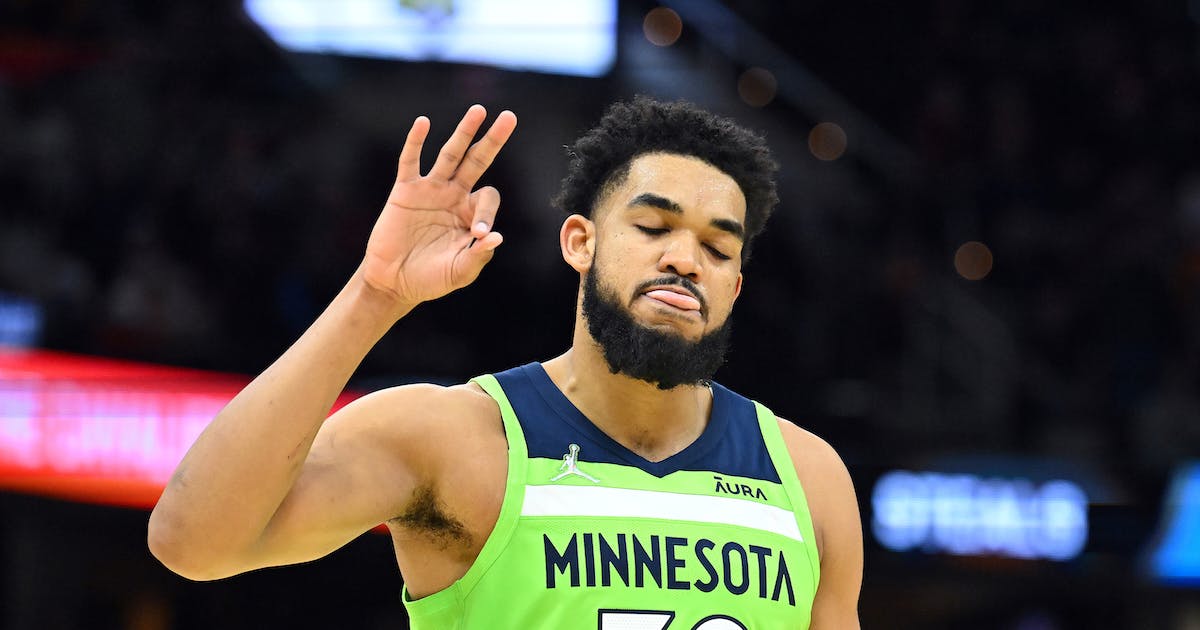 He had fired just one shot in the fourth quarter and hadn’t shot since late in the third, when the ball came to him at the top of the key with the countdown to a draw on Monday night .

Indeed, no question that he wants the ball. In fact, listening to him, he was waiting for this moment.

Towns’ three-pointer just left of the top of the key, after a pick-and-roll with D’Angelo Russell, headed home with 12.4 seconds left, breaking a tie and sending the Timberwolves to a 127-122 win over the Cavaliers.

What if he wasn’t in a rhythm?

“Deep down I knew the basketball gods would give me a chance,” Towns said. “At the end of the game, I’m going to have a chance to look really good and basically try to put the win in our team’s pocket. I just had to be ready for that moment.”

The fact that the moment was needed was proof of a game that had a series of seismic shifts. For example:

Or, at least, D’Angelo Russell.

To Wolves manager Chris Finch’s credit, he didn’t call a timeout after Osman’s shot, but instead called a play as the ball rolled upfield. Towns said he expected Russell to shoot or drive. But Russell wanted to send the ball to Towns. “He said no,” Towns said. “So I said, okay.”

Russell said he waited the whole game to put Towns in that position.

Towns ran in his place, got the ball back, got some space and left a three-point shot in the same building he won the NBA three-point shooting contest at All-Star Weekend two weeks earlier.

“When I let go of the ball, [Prince] was telling me in there, when I shot the ball, it said, “Cash Money Records.” “Towns said. “It was pretty good when it left my hands.”

There was still work to do. Osman missed a three, but the ball went out of bounds. Officials ruled it was Cleveland’s ball with 4.6 seconds left. Finch, who had saved his challenge, used it. The call was reversed and Russell had two free throws to freeze the game.

There were some troubling moments in the game. But Wolves, particularly Finch, clung to the positive signs. The defense on the ball, especially in the third quarter. The game from the bench, with McDaniels (17 points) and Prince (15).

The points of the players on the straight line. Russell led the team with 25 points, including nine in fourth. Anthony Edwards (17 points) continued to show he was finding a rhythm. Patrick Beverley (11 points, six assists), just 6-1, often guards the Cleveland greats.

“Proud of the guys,” Finch said. “The game gave us everything. There were a lot of swings, but we really stayed on an even plateau.”