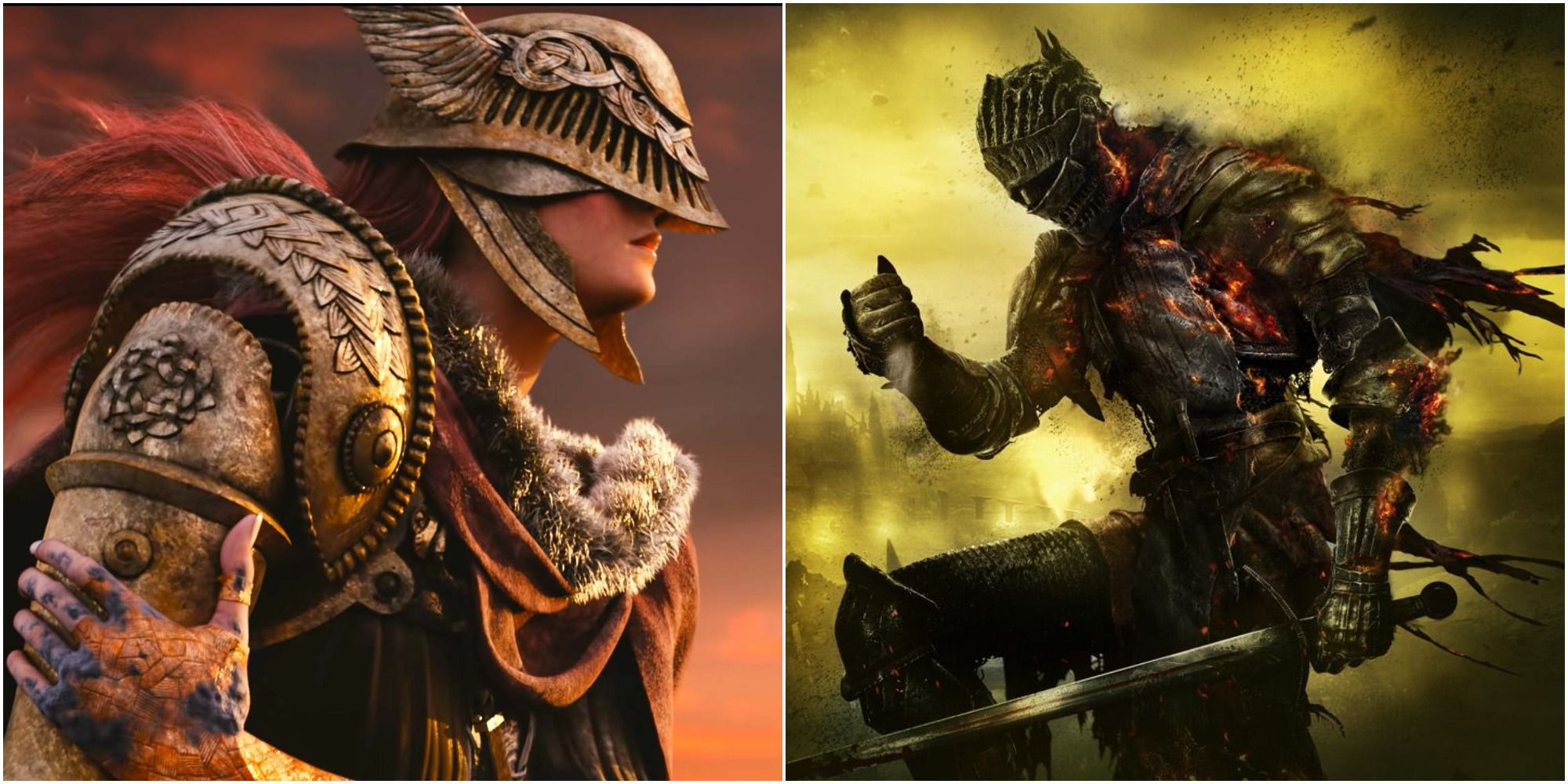 Elden Ring is an incredibly ambitious game. By converting the beloved “Soulsborne” gameplay into an open-world format, From Software has opened up the subgenre to a wider audience than ever before. The resulting game is an immersive experience designed for both longtime fans and newcomers alike.

9 Its combat borrows from all Soulsborne games

Combat is central to every Soulsborne title, and Elden Ring is no exception. At first glance, the game’s combat system will immediately invoke memories of the Dark Souls Trilogy. The game is truly a spiritual successor to this particular series, and its attacks, parries, and dodges will undoubtedly make fans forget.

It’s only when you dig beneath the surface of Elden Ring that you notice how much of the gameplay it takes from other FromSoft titles. Specifically, the game’s new jump attacks leave enemies vulnerable to frontal kills similar to Bloodborne’s visceral attacks. Simply smack your enemy until they are forced to lower their guard and launch a critical attack.

Fog has been a staple of From Software’s games since the days of Demon’s Souls, marking gateways to new areas and, more often than not, rooms containing boss encounters. Elden Ring doesn’t do away with this lore entirely, with a golden mist indicating that a powerful area boss awaits on the other side.

The game adds a new wrinkle to the formula, however, with rooms containing important or valuable items locked behind a familiar gray fog. These areas can only be accessed by using one of the game’s consumable Stonesword Keys.

As you roam the vast map of Elden Ring, you’ll come across a few enemies that may look surprisingly familiar. While character models and aesthetics have changed, many enemies still use abilities, attacks, and moves that harken back to From Software’s past games.

Having a scripted invader hit you with the same finishing move you’ve used hundreds of times in previous titles stings a bit more.

Eagle-eyed players will definitely notice a few familiar weapons in Elden Ring. General weapons such as Claymore and Straight Sword share a common design with their respective Dark Souls counterparts, although a weapon’s movements and attack patterns may vary from title to title. Still, there’s no mistaking these iconic weapon designs.

The game goes one step further, however, with special weapons like the iconic Zwiehander and even Soulsborne staple, the Moonlight Sword, making returning appearances (albeit under different names in some cases) . It seems that some blades are only meant for combat, no matter where it takes place.

Patches, the mischievous troublemaker who made a habit of appearing in FromSoft titles, was one of the characters fans were eager to see in Elden’s ring. The fixes have been present in almost every title that From Software mastermind Hidetaka Miyazaki has worked on.

Many fans don’t realize the untrustworthy trickster’s first appearance wasn’t Demon’s Souls, but debuted in Armored Core: For Answer, but Patches is best known as a mainstay in various Soulsborne titles. Fans who know how to look for this familiar face in Elden Ring will be pleasantly surprised.

4 The game continues the trend of Berserk references

As particularly savvy FromSoft fans will tell you, the developer’s games are heavily inspired by the Berserk universe. Throughout the history of the Dark Souls franchise in particular, various enemies and weapons have been inspired or even mostly taken from the classic manga.

RELATED: What’s Next? Software games should do after Elden Ring

Elden Ring takes these references and homages a step further than past games, likely due to the untimely death of manga author Kentaro Miura. For starters, the gigantic, glowing Erdtree present in the world of Elden Ring is inspired by Berserk’s World Spiral Tree. There are also characters, both friendly and hostile, designed around individuals present in the manga. And if you’ve noticed that the game’s sword doesn’t borrow its design from previous games like the other weapons, that’s because the blade is modeled after The Dragon Slayer, the main weapon of Berserk’s main character, Guts. .

Your character’s stats are one of the most important elements of a From Software title, with your primary source of currency in every Soulsborne game primarily used to level up your character one stat at a time. Elden Ring continues this tradition but makes some adjustments to how your stats work.

If you’re familiar with the systems from previous games, you’ll quickly notice some of these tweaks, like your Strength stat now encompassing your gear load, or Arcane now replacing Luck.

Elden Ring sees the return of deceptive treasure chests, but with an interesting twist. Now, instead of transforming into terrifying mimics, these chests instantly warp you to a distant and dangerous area of ​​the map. You’re tasked with finding at least one of the game’s resting spots, called grace sites, before you can escape.

This one will seem minor to those playing a Soulsborne title for the first time, and may even elude those who started with later titles, like the PS5’s Demon’s Souls remake. For anyone with a long history of the developer’s titles, however, the fact that characters now have mouths that actually move when they speak is somewhat significant.

For a while, static facial expressions of non-playable characters were a staple of FromSoft games, but it’s nice to see that times are finally changing.

Kendall Cunningham is a Lists Editor at TheGamer. He is also a long-time gamer who has been creating content around games for years. He plays a bit of everything, with a particular love for action-RPGs and roguelikes. When he’s not writing about games, he’s playing them, making music, editing comics, or picking up some other new creative outlet. Next step: crochet.