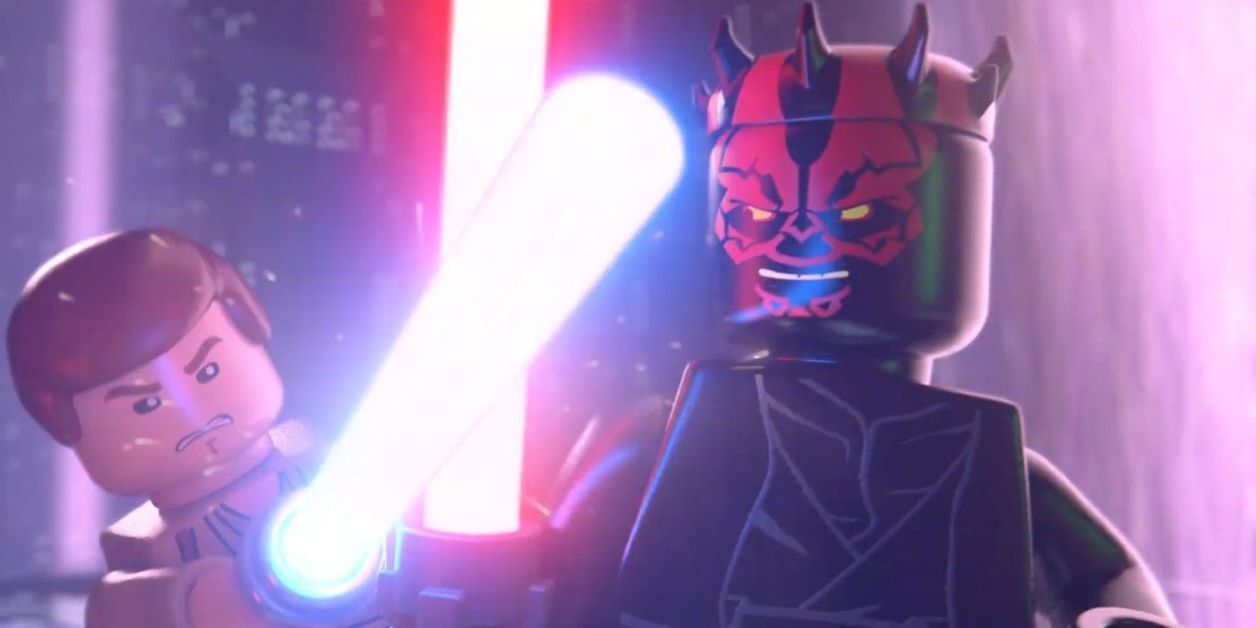 LEGO has been around for nearly 90 years now, with the company branching out and making beloved toys of its own design, or partnering with popular studios to create movie-based LEGO sets. They’ve even branched out into a new take on their toys – bringing their LEGO bricks to life to create video games, movies and series, like the recent Halloween special, LEGO Star Wars: Terrifying Tales. Some of their media is purely their own creation, crafting their own stories for people to buy and enjoy. Some of them are like their Lego sets, partnering with popular studios to bring their movies to game format. And even still, there are a few that can be considered both.

If you have ever played a LEGO star wars game, chances are you laughed at R2D2’s shrill scream as he falls off the map, or you asked a friend to play with you as a Jedi and kept lifting yourself into the air with strength. If you haven’t played one, you’re in luck, because LEGO Star Wars: The Skywalker Saga will be released later this year. It not only includes the latest trilogy, but also remasters the previous six films, all of which have been brought to life in LEGO games (and series, like LEGO Star Wars: The Yoda Chronicles) before.

Lego Star Wars was a heavenly match for many people and became a massive franchise. Lego star wars was animated in the series of shorts resistance risesthe animated series The Adventures of Freemakerand the LEGO Star Wars Holiday Special. As LEGO continues to produce games based on this franchise and other popular media, including a rumored Doctor Who game, let’s take a look at why these pairings are popular in the first place.

LEGO isn’t the first to turn movies into video games, though it might be the most successful. In the 2000s, the most popular blockbusters were likely to have a companion game on the shelves (probably at Blockbuster itself). Sometimes they were great. However, they weren’t always good. Often, movie video games had to be rushed; as the script was being finalized and the film being edited, the game would need to be made in a short amount of time if it were to be released with the film. This would reduce the quality of the game as they rushed to create the graphics and code the story in a way that would be suitable for a video game. Still, people would buy them, because they knew the movie titles better than they did with any game franchise that had just started. Like popular titles like Call of Duty Where Assassin’s Creed began to develop, having had time to develop properly, movie games began to decline.

So how did LEGO stay so popular? Well, the LEGO games didn’t come out with the movie. Instead of trying to rush to figure out how to turn important but not action-packed scenes into something playable, they were able to take their time and find the right balance between cutscenes and gameplay. They also didn’t release games corresponding to single films at a time – all of the film adaptations included multiple films in the franchise, which gave them more content to explore and meant they could condense the films if necessary while retaining the main plot. They also have a brilliant integrated marketing strategy, using the movies to sell games, then using the games to sell LEGO sets, sometimes creating animation in between; they did it very successfully with the LEGO Star Wars: Go Rogue series of animated shorts based on A thugwho were able to sell new LEGO star wars decorations and bricks.

Even though many LEGO boxes indicate that the content is intended for children between the ages of 4 and 99, they are generally aimed more at children. Although adults can also have fun assembling a LEGO set, like the ever-evolving Millennium Falcon which often has between 1,000 and over 7,000 pieces, it is more common to associate brick building with children as they build whatever their heart desires. For this reason, some changes need to be made in order to ensure that the game is suitable for children.

For example, you wouldn’t see the bloody death of a character as they get torn apart by a plane propeller from Indiana Jones: Raiders of the Lost Ark, but instead use their game version to create a comic ending to the fight as the villain’s head pops and bobs while the rest of his body searches for it. These parodies put a new face on well-known films that keep anyone playing interested in finding out what’s next, no matter how many times they’ve seen the film, and might even give older gamers a sense of nostalgia as they relive their experience. favorite movies. They also help keep LEGO sets available for all ages, like the IndianaJones a.

Another positive benefit of creating the game after the release of several films is popularity. While other movie games were released alongside the movie, unsure if it would even succeed, LEGO can pick and choose, meaning they already know the franchise they choose is popular before they start creating. their game. Movies that are already popular mean the merchandise sells out, so they’re more likely to become hit games as well. Having a good marketing strategy is essential when trying to sell anything, so picking and choosing carefully what to parody contributes to success. Additionally, LEGO star wars is obviously such a good combination now that they must have a great relationship with the franchise that allows largely unrestricted access.

Related: You Can Have The Power Of Thor With LEGO’s Mjolnir Display Set

Whatever your style of play, whether you’re experienced or new, LEGO games are for everyone. If you like to follow the path of completion, there are many collectibles to find in each level. If you want to play with friends or family, LEGO games tend to be two-player couch co-op. With button tips to help you learn the controls for some games and others (like Harry Potterwhich of course also had LEGO sets) with full class levels to learn the new spells, this makes the game a breeze.

They also offer a lot of freedom, staying close to the script for your first playthrough, but allowing you to change things up later. Often they encourage a second playthrough, as certain areas are only accessible with certain characters. This leads to times where you can choose to fight Darth Vader as Darth Vader, or, in the next skywalker saga, play as one of ten different Lukes. No matter who picks up this controller or what movie franchise you want to play in, you’ll have a fun experience.

As the actress celebrated her 47th birthday, Drew Barrymore revealed how she would be celebrating ET’s milestone birthday.

Katelin McDougald is a writer who is also passionate about many things in the entertainment industry. Movies, TV shows, books, video games, etc. Although she loves fantasy through and through, action and adventure, as well as mysteries, are also some of her favorites!

Hunt: Showdown is your gaming group’s next favorite game