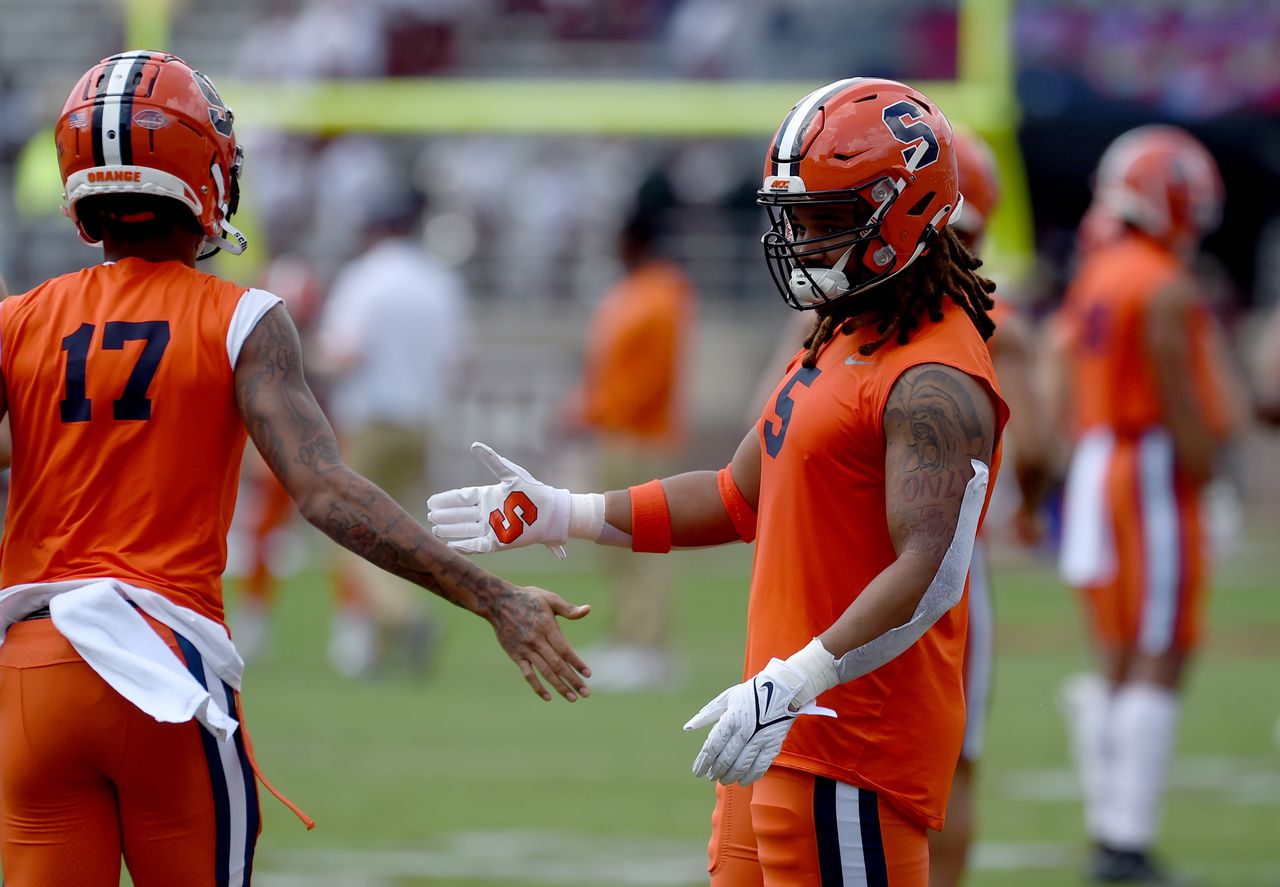 Syracuse full-back Chris Elmore returns from a 4-game absence: “He’s the heart of our football team”

Tallahassee, Fla – Syracuse football might have been without its star receiver and main punter in Saturday’s loss to Florida State, but team fullback Chris Elmore made his season debut after an absence of four games.

It’s still unclear why Elmore didn’t play during the Orange’s non-conference roster against Ohio, Rutgers, Albany and Liberty, but he was thrilled to be back with his squad.

Elmore, whose team nickname is “Rhino,” played most of last season on the offensive line due to the unit’s multiple injuries. He was one of the main blockers for Syracuse quarterback Garrett Shrader as he tried to play early in the game with the quarterback goaltenders.

Elmore didn’t say why he missed the first four games of the season, but thanked his teammates for cheering him on every step of the way.

â€œI’m a guy who talks a lot and every time they see me not talking guys come up to me and motivate me,â€ Elmore said. “I’m just going 3-1 without me, it also kept me motivated, just knowing that I would be back for conference.”

Asked about his game in protecting Shrader, Elmore said he would like to get all the blocks in the first quarter back as he was still shaking off the nervousness of his first game of the season.

â€œAfter the first quarter I was back to regular Rhino,â€ said Elmore. â€œGetting me back was a big keyâ€¦ knowing we could start the running game. With me it was like an extra lineman to the point of attacking.

â€œHe did some good things, but he didn’t do everything right. I don’t mean this as negative, â€Babers said. â€œWe’re really happy he’s back. It is rusty. We needed him. He’s the heart of our football team and he’s one of our super seniors. We need our leaders on the football pitch, especially in the home stretch. “