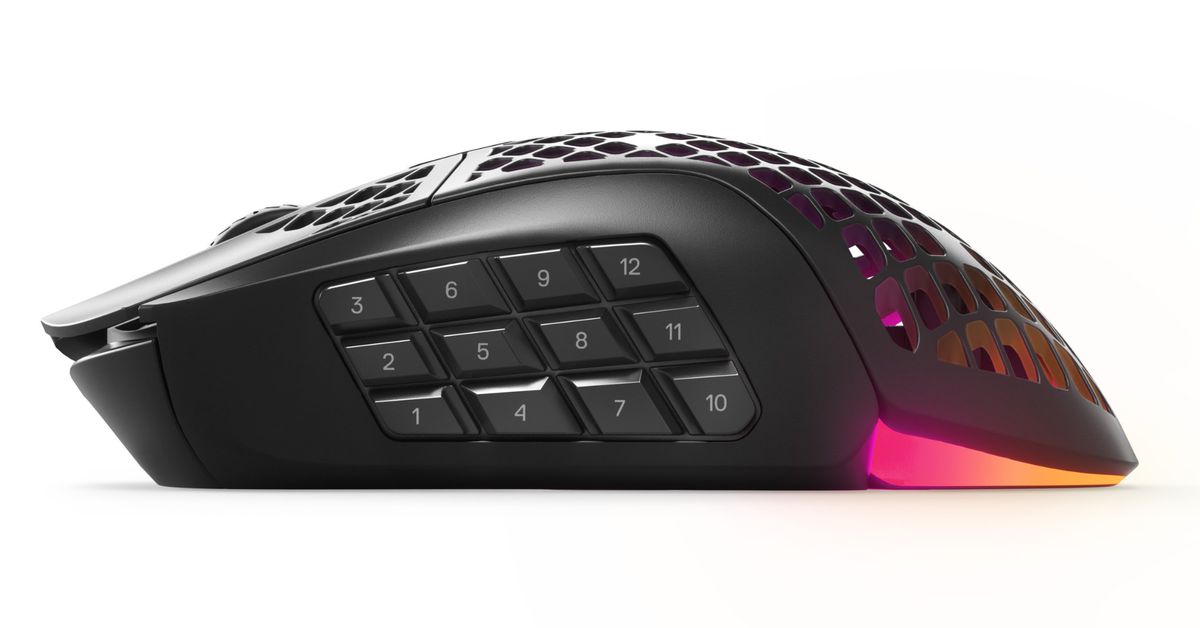 SteelSeries has expanded its waterproof and lightweight IP54 Aerox Wireless line to include two new options available starting today: the Aerox 5 Wireless and the Aerox 9 Wireless. The Aerox 9 Wireless, pictured above, is SteelSeries’ version of a mouse designed for MMO and MOBA games that have myriad commands you might need to trigger. It has 12 buttons on its left side, and SteelSeries claims that, at 89 grams, it’s the lightest mouse of its kind on the market.

This mouse goes up against Razer’s Naga Pro, another multi-button wireless option. The Aerox 9 has IP54 waterproofing and impressive battery life, but the Naga Pro’s modular nature might make it some gamers’ preferred option. Both mice cost $149.99.

With more buttons and a slightly larger design, the Aerox 5 Wireless builds on the first model of 2020. In addition to having two thumb buttons, the Aerox 5 introduced today has three additional functions with its tilt switch, plus a DPI clutch (also known as a sniper button).

This model weighs 74 grams and has USB-C charging. SteelSeries claims its battery can last up to 180 hours and has 2.4GHz wireless and Bluetooth capabilities. The Aerox 5 Wireless features new TTC Gold micro switches, which the company claims will last up to 80 million clicks. This model costs $139.99. A wired version that has similar functionality is available for $79.99.