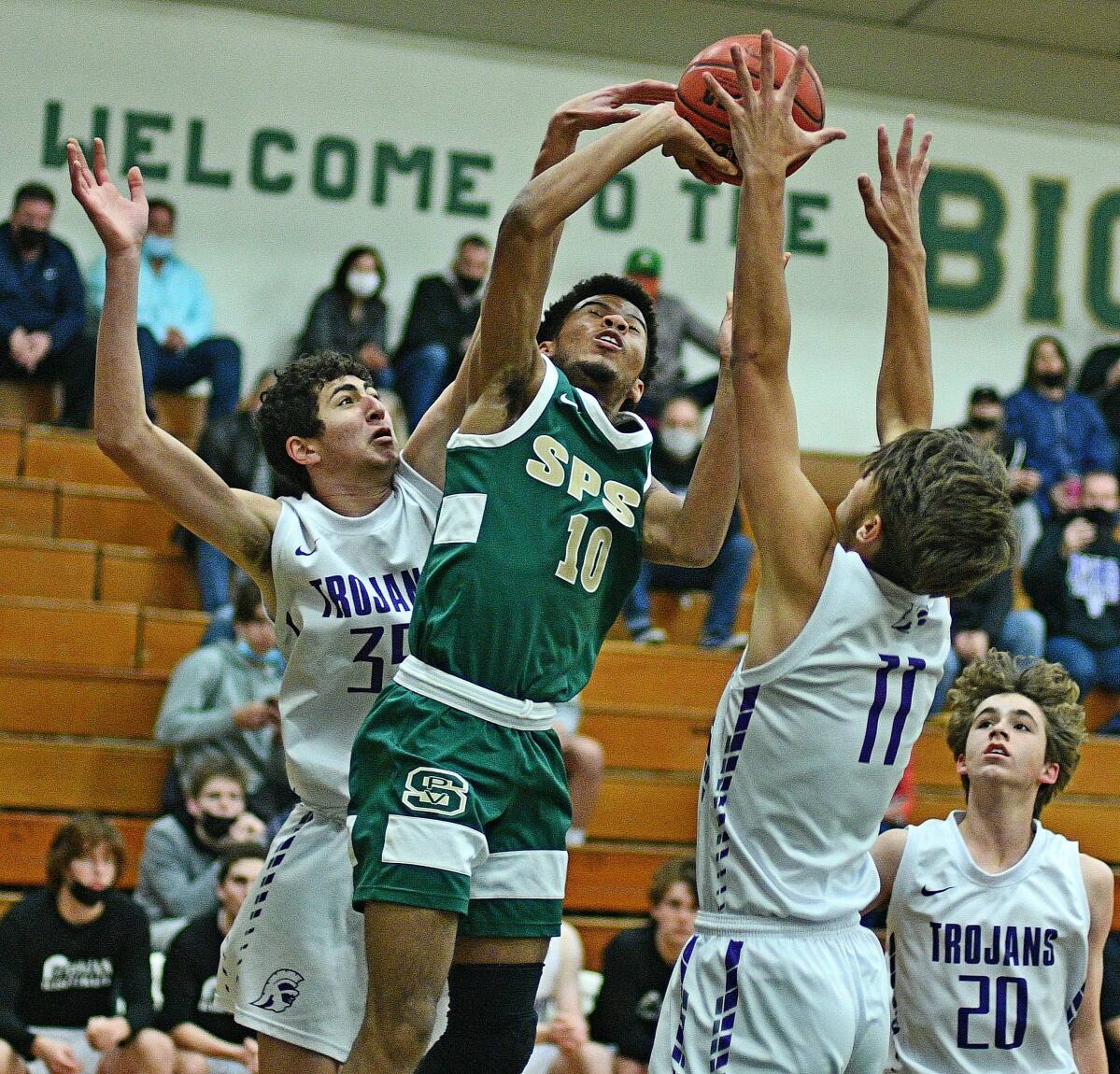 The tournament season draws to a close as the basketball league approaches. But the final week of non-league games is shaping up to be an exciting list.

The Montgomery boys will open the Chris Huber Memorial in Acalanes, showcasing some of the Bay Area’s best teams, with a tough game against Redwood on Tuesday, while Cardinal Newman’s girls will make the trip to San Diego for SoCal Holiday Prep Classic, another tournament with a loaded field.

The local headliner will be the Sonoma County Classic at Piner High School, historically one of the region’s premier boys’ basketball events. Seven of the eight teams are from the region and the eighth, Archie Williams, is from Marin.

The tournament starts on Tuesday and ends with the championship game on Thursday at 7 p.m.

Here’s a look at the pitch and the first round matches.

Game 1: Archie Williams vs. Ukiah, 4 p.m .: The school formerly known as Drake enters the tournament 8-0 and one of the likely favorites. Led by explosive 6-foot-7 senior forward Will Heimbrodt, the Falcons are averaging nearly 60 points per game on offense while allowing just 40 points on defense. Earlier this season they beat Windsor (48-41) and Santa Rosa (58-41) en route to win the Wine Valley tournament in Napa and last week they were No. 20 in the San Francisco Chronicle’s Top 20.

Passing the Falcons will be a tough challenge for the 7-4 Wildcats, who just finished third at the Stokes tournament in Kelseyville two weekends ago. Junior Marcus Fenk, who is averaging 11.6 points and a team-record 5.5 rebounds per game, amassed 15 points per game against Ukiah’s three games in the Stokes. Ukiah’s leading scorer, senior Eian Macandog, is averaging 12.3 points per game.

The winner plays the winner of game 2.

The other game in the top half of the rack features two of the best teams in the county. A rematch of the Rose City Classic, the Cardinals (5-7) will look to tie the tally after the Trojans (8-2) knock them down 45-43 in a thrilling championship game.

The Cardinals have had a tough time since that meeting two weeks ago. They have lost four of their last five games, most recently a 54-45 loss to Marin Catholic on Thursday. But three of those losses came during the Mission Prep Classic in San Luis Obispo, which featured one of the toughest terrains in any tournament in the state. The Cardinals ended their trip south with a win, overtaking tournament host Mission Prep 52-49 in their final game on Wednesday. Their roster also recently received a boost with junior guard Gavin Vogenson, a transfer from Healdsburg, qualifying for eligibility after being sidelined at the start of the season. He scored 8 points on his season debut against Marin Catholic. He will add depth to a backcourt that includes junior Sam Cline, one of the best at that position in the county.

The Trojans had a different trajectory after that game, winning their next three games before falling to St. Patrick-St. Vincent 63-55 in the Brett Callan Memorial Championship at Casa Grande. But they rebounded well with a 54-49 victory over Santa Rosa on Wednesday. Salim Arikat, Cole Garzoli, Andy Bai and Ryan Giacomini are players to watch.

Game 3: Santa Rosa v Casa Grande, 7 p.m .: The first game in the lower half of the bracket presents another solid clash between two strong home teams.

The Gauchos (5-3) finished third at Callan with a 54-44 victory over Montgomery. Their only loss of the tournament was to Petaluma, 64-59, in the semifinals. Since then, they’ve taken a 75-39 victory over San Marino which saw Tory Cain score 30 points.

The winner plays the winner of game 4.

Game 4: Piner vs. Maria Carrillo, 8:30 p.m .: Prospectors and Pumas both enter this tournament with the urge to get back to the winning column.

The tournament hosts just finished fourth at the Windsor Holiday Shootout, with losses to future champion Redwood (61-37) and host Windsor (49-46). They have lost three of their last four games dating back to a 30-point blowout against Montgomery at a tournament in Arcata. But the Prospectors (5-6) are well placed to turn the boat around by playing on their field in front of their fans. Their leaders this year are Second Year Guard Matt Erickson and Senior Guard Ladainian Kuok.

The Pumas (4-6) just finished seventh at the Windsor tournament last week, with losses to Redwood (65-29) and Healdsburg (75-63) before a Kennedy rout (72-44) in their final. . Senior guard Luc Guggiana and junior guard Cooper Wood will be players to watch.