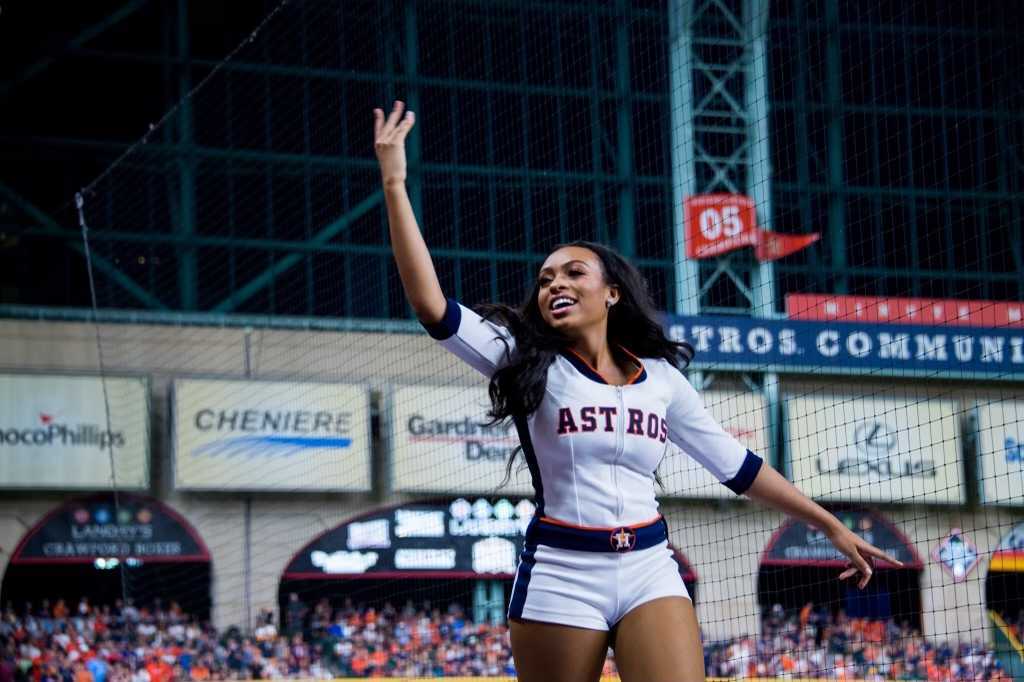 Dancing on top of the Minute Maid Park canoes, Ashley Byars is a proud representative of Austin County in her fourth season as a shooting star for the Houston Astros. For the high school graduate Sealy, her unlikely career at the ballpark began with a passion for baseball that she developed as a child.

â€œGrowing up my dad took me to Astros games when we were in our old school jerseys; black, red and white. So I knew baseball but I was just a kid. I went for the ice cream in the baseball helmet and just experienced it, but now I’m so invested, â€Byars said.

Although she had a brief stint as an SHS cheerleader, Byars preferred to enjoy Friday night games from the stands. The San Felipe native’s passion for sparking excitement in crowds was then rekindled when she attended the 2017 World Series Parade.

â€œI was going to Blinn at the time and I actually said to my friends at Sealy, ‘Let’s go to the World Series parade.’ I went there and I was like waiting, I kind of want to do it, â€Byars explained. â€œI said to my dad the night before the dinner tryouts, I was like ‘Hey, I’m trying for the Astros, I’m auditioning.’ He was like, ‘What? For the team?’ “

Pick up the October 28 edition of The Sealy News for the full story.