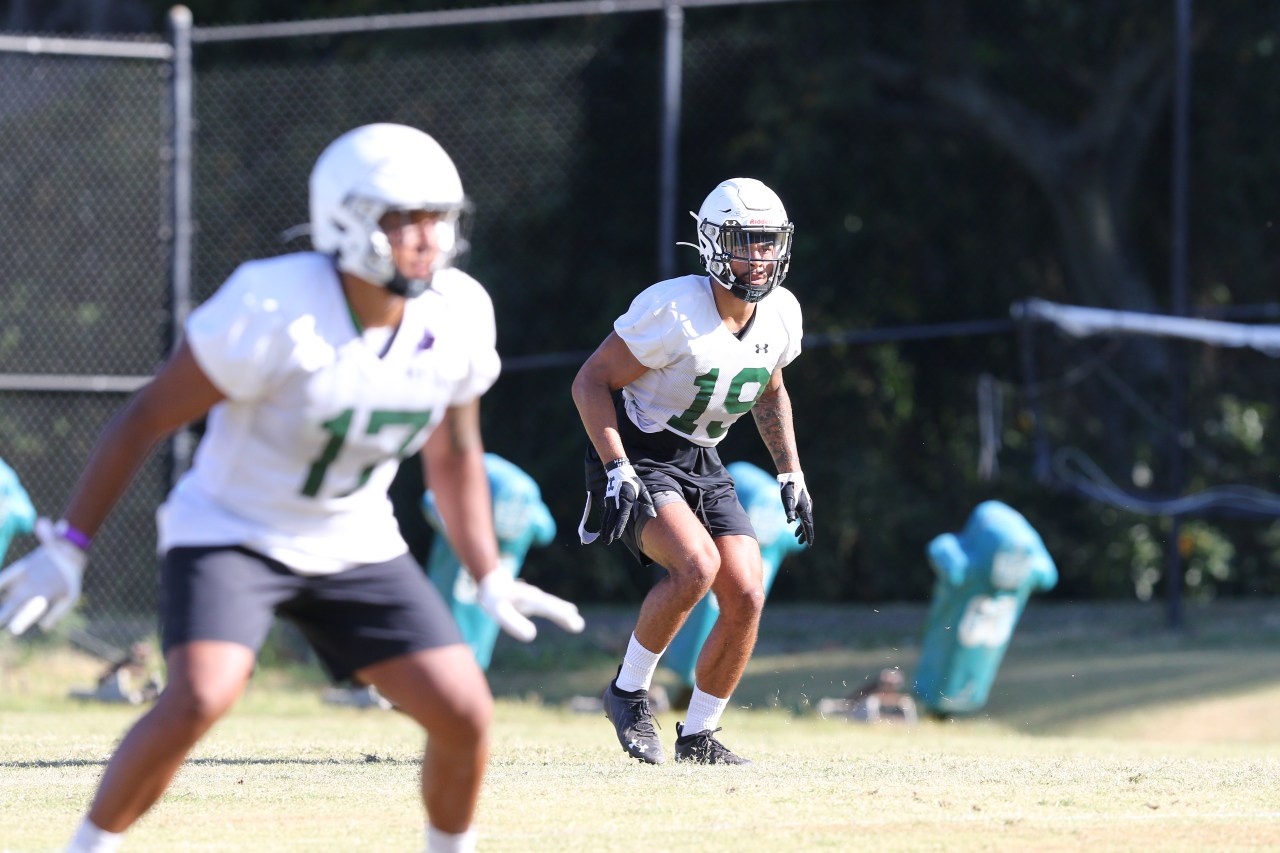 UH were among the nation’s top teams last year in pass defense and led all of Mountain West in takeaways. Much of this was due to his bullet hawking secondary. The good news is that the high school remains largely untouched – while also attracting a number of hungry and talented newcomers.

So what needs to be improved? According to the defensive back coach Trent Figg, tackling has been a key area in the camp with the secondary serving as the last line of defense. “We have to eliminate the big game races,” Figg said. “We have to do a better job of tackling in the open field. It has been a source of pride in the practice and we have drilled it. If you can’t tackle yourself then you’re in trouble in the West Mountain.

If teams improve on their tackle and continue to be vertically healthy in cover, expect another year of big plays from the HU defensive backs.

Island of Cortez: senior cornerback Cortez Davis is a legitimate stopping wedge. The Decatur, Ga native is entering his third season with the Rainbow Warriors after winning all-conference accolades in each of his first two years. He has started 21 of 23 career UH games, often matching the opposing team’s main threat. This preseason, he was one of 40 players shortlisted for the Jim Thorpe Award, which annually recognizes college football’s outstanding defensive back.

“Cortez is a very talented player,” said Figg. “What you see is what you get with it. Great, great things are expected of him. We expect him to be a lockdown guy. “

Cornerback battle: UH has a large pool of players to line up opposite Davis. Cameron Lockridge started four games last year on the spot, while Michael washington started the last six. Veteran Kai kaneshiro who has started 13 games in the past two seasons on nickel and safety, gets reps on both corner and safety. This is also the case for newcomers Hugues Nelson II, a long, lanky athlete who comes to Hawai’i after three seasons at the University of Georgia.

Leader of the pack: No one can question the productivity of Khoury bethley who has racked up 193 tackles, 11 tackles for loss and 13 assists defended in 38 career games. What is also undeniable is his leadership. One of four team captains last year, he was chosen as a player to “break the rock” at the end of summer training. “He’s a guy who really established himself as a leader, not just in high school, but in all defense,” says Figg.

Happy to see you again: Another great leader who resides in high school is Eugene Ford. Ford started last year strong with two interceptions in UH’s win at Fresno State, only to sustain a season-ending injury for the very next game in Wyoming. The fifth-year senior is not only back, but right back where he left off.

“Eugene took his rehab as seriously as I saw someone take his rehab,” Figg says. “He got his final clearance before camp, so he didn’t have any restrictions. He’s doing a great job. Just an awesome kid.

Mr. reliable: Graduate transfer Quentin Frazier was an impact player last year for the Rainbow Warriors, starting all nine games while playing the hybrid linebacker / safety position. He was third on the team in tackles and tackles for a loss, while also recording a pair of interceptions. “He’s going to play wherever we need him on the pitch,” Figg said. “He’s very reliable.

A cyclone lands in Hawai’i: Iowa state transfer Chimma Azunna will count heavily in UH ​​high school this safe year. Transfer graduates played in 33 games for the Cyclones and were among the most successful class in program history. “He’s just a natural football player,” says Figg. “He did a great job being hungry and humble and letting his job speak for itself. He’s going to be a great asset for us on the pitch.

Pay attention to…: After a career as a reserve defensive back and special units stud, Donovan dalton is ready for a decisive season. “Donovan had a great safe camp,” says Figg. “He works his butt every day. He has a good attitude and has really made progress.

Real freshman Ty marsh (CB), who won defensive player of the year honors in the Dallas Morning News as a high school student and Michael graham (S), the head coach’s son Todd graham, are young people to watch in the years to come.

Coaching Notes: Thirteen-year-old veteran of training Trent Figg returns to the field not only as a defensive back coach, but also as an associate head coach for defense. During his first year at UH in 2020, Figg served as the program’s chief of staff.

Figg’s last word: “At the end of the day, we are responsible for everything. We adjust a lot of things in a defensible way outside of our high school so they need to be smart and communicate. These guys are the defense QBs.