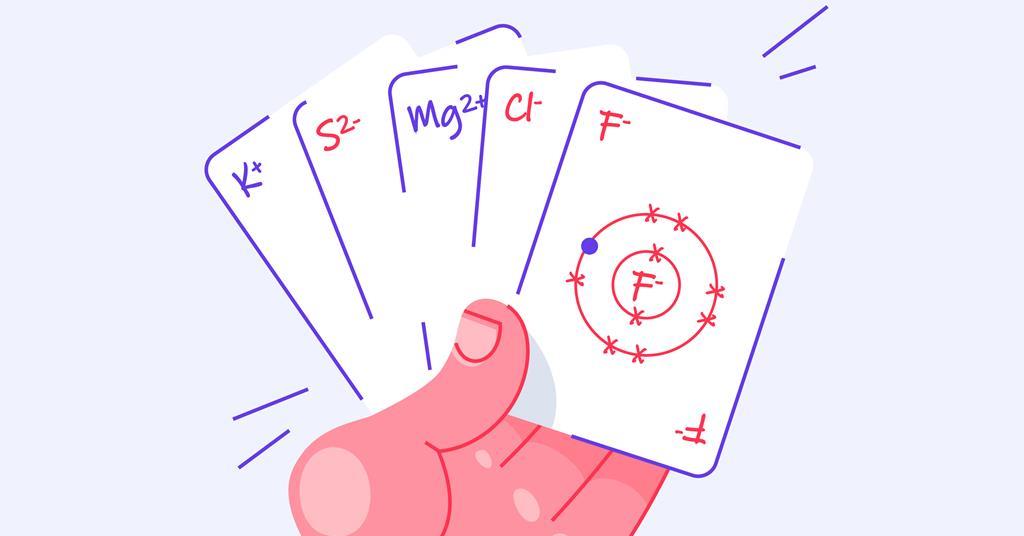 Like many schools in England, Wales and Northern Ireland, we run a three-year course for the science GCSE, but this is a difficult stage for many undergraduates. At the start of the course, students should master atomic structure, relating it to the periodic table, isotopes and ions. Some students enjoy it. They quickly spot trends and patterns and show rapid development. For others, it’s a real struggle. This can have a huge impact on further learning due to time constraints in course delivery. And students who are capable of higher level chemistry soon find themselves on the foundation level path.

Our usual strategy for improving the understanding of these students is to perform low-stakes tests and guided exercises. However, some students simply do not show improvement. They begin to develop an “I can’t do chemistry” attitude, which can make the next two and a half years a struggle for them and their teachers. I wanted to see if we could improve their understanding and recognition of ions, and remove rating anxiety triggers through gameplay.

Could students show the same metacognitive approaches in learning about ions and ionic bonds?

When you pick up a deck of playing cards, you instantly know what to expect and start planning your strategies to win the game at hand. As the cards are played, you monitor your progress, adapt your strategy, and perhaps take a risk. These metacognitive processes are key to your success. Could students show the same metacognitive approaches in learning about ions and ionic bonds?

I designed a game of anions and cations that students would encounter during the GCSE course. Together with other teachers at my school, we tested the game critically, thinking about what students needed to develop more fluency with the tricky concept of ions. We have distilled this to include electron configurations, dot and cross diagrams, covalent line diagrams and symbolic representations, e.g. Mg2+. The idea was to provide many different representations of the same species to allow students to correctly identify ions and develop a deeper understanding of the meaning of each representation.

Upload your own deck for free at Origami Organelles. I would recommend a platform for four students.

We then thought about which games would be commonly known and simple. Students wouldn’t have to invest as much working memory into the rules with easy, well-known games, freeing up space to think about the cards and their strategies.

In the end, we decided:

Each of these games is quick to play. This was a key result as we wanted something that could be used at the start or end of a lesson for 10-15 minutes to help us manage our time effectively.

After the game’s initial trial, we could see how the ion distribution needed to be developed to allow for challenging gameplay. For example, when playing snap, there was still a low probability of species matching, but matching electron configuration was a breeze. However, the latter required much more thought from the players. It would have been simple to focus only on the ions formed from groups I, II, III, VI and VII, but that would have overlooked a key aspect of the formation of ionic compounds that students encounter at GCSE – acids. This raised another question, how should we represent, for example, a sulfate ion in such a way as to facilitate understanding. We have simplified the charts for transition metals and larger species where the octet rule is not applicable.

It was amazing to see students completely immersed in each of the games, really excited to play. The intervention had a positive impact on students pushing for the higher level paper, with a great improvement in their structure and bond ratings compared to previous cohorts, as well as a more positive attitude towards the chemistry. By playing these games regularly, they developed a command of the language and patterns that are an integral part of chemistry and the start of the GCSE course, which helped them to engage more with theory in later lessons. Another useful thing about the game is that we were able to use the maps under the viewer to do ion recovery exercises.

Undertaking this action research project had a huge impact on my students and me. The time investment to solidify students’ understanding of ions and compounds was well worth it. Some of the results draw parallels with the master’s program in mathematics, which describes that every student can learn mathematics if given enough time. It could be that every student can learn chemistry if they also have enough time, with mastery of certain concepts being the key to further progress.

Thanks to the Chemical Education Research Group (CERG) of the RSC for its support of the project via a teacher-researcher grant.