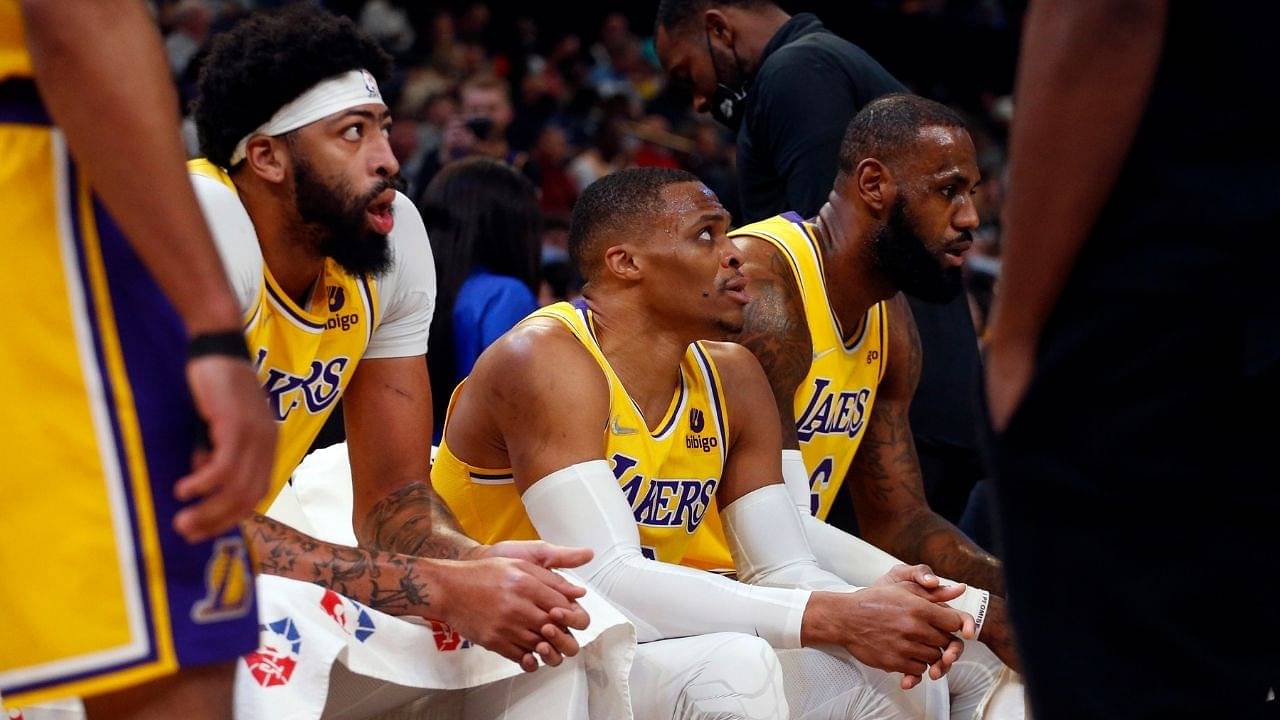 On August 4, 2021, LeBron James posted this iconic tweet, which he has since deleted.

Due to their advanced age and/or injury history, the Lakers have been missing a lot of their people for much of the season. It didn’t help that the team also went through personnel issues all season.

Anthony Davis, who was supposed to take over and carry the team while LeBron James played second fiddle, has played just 40 of 79 games this season. After the loss to the Suns, he sat down and talked about what went wrong this season.

‘Injuries have prevented the Lakers from reaching their true potential’: Anthony Davis

The Los Angeles Lakers, when they put together their roster, made everyone think they were the favorites to win a ring this season. However, from the start of the season, the Lakers started showing all the problems they had overlooked earlier.

Last night the Lakers lost 121-110 to the Suns, ending their chances of making the playoffs. After the game, Anthony Davis sat down with the media and discussed what went wrong. He blamed injuries for derailing what could have been a “league season”.

Anthony Davis on Lakers injuries this season: ‘I feel like that was the difference’ in competing for a championship.

Davis also pointed out how the Lakers have so many different starting lineups this year.

The Lakers had 39 different starting lineups and just 31 wins so far. The weirdest thing is that AD’s highly publicized Big 3, LeBron James and Russell Westbrook have only played 21 games together this season. In those 21 games, they were 11-10. From that number, I don’t know how far the Lakers could have gone, even if they were healthy.

From the looks of it, we could see the Big 3 relaunch it next season, hoping for a better result.

More people should watch this sci-fi masterpiece on Prime Video