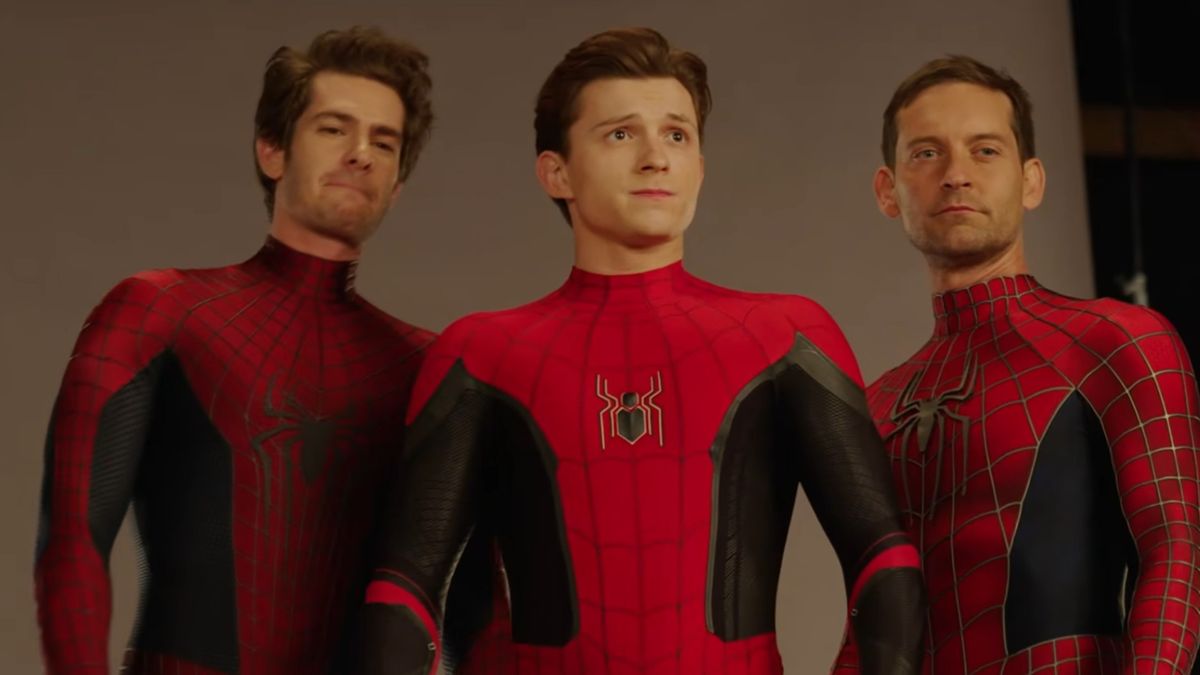 While exact details are scarce, Sony’s Special Features preview has rounded out what to expect from the release when it hits digital storefronts on March 22 and will arrive on 4K Ultra HD and Blu-ray from of April 12.

For starters, we get “80 minutes of backstage fun.” Going by the trailer, it includes everything from Zendaya falling from a cherry picker — probably not fun for her, mind — and actors Jamie Foxx, Alfred Molina, and Willem Dafoe laughing at their supervillain costumes.

The main event, however, is “20 minutes” of footage with the so-called “Peter 2” and “Peter 3”, played by ex-Spider-Men Tobey Maguire and Andrew Garfield.

While it’s unlikely that any scenes will be deleted (you never know), the sizzle reel here teases behind-the-scenes footage between the trio of webheads, as well as an interview with Andrew Garfield.

That’s not all. There’s a look at Spider-Man: No Way Home Easter Eggs, takes, and even Kevin Feige talks about the process of integrating Maguire and Garfield. There’s even a small preview of the instantly iconic recreation of this Spider-Man meme. As home releases go, this seems like a must buy.

Spider-Man: No Way Home is also coming to streaming “within the next six months” – but on Starz, not Netflix or Disney Plus. Not long to wait now until Spidey swings into your living rooms.

For more on Spidey’s next step, check out our guide to new Marvel TV shows.