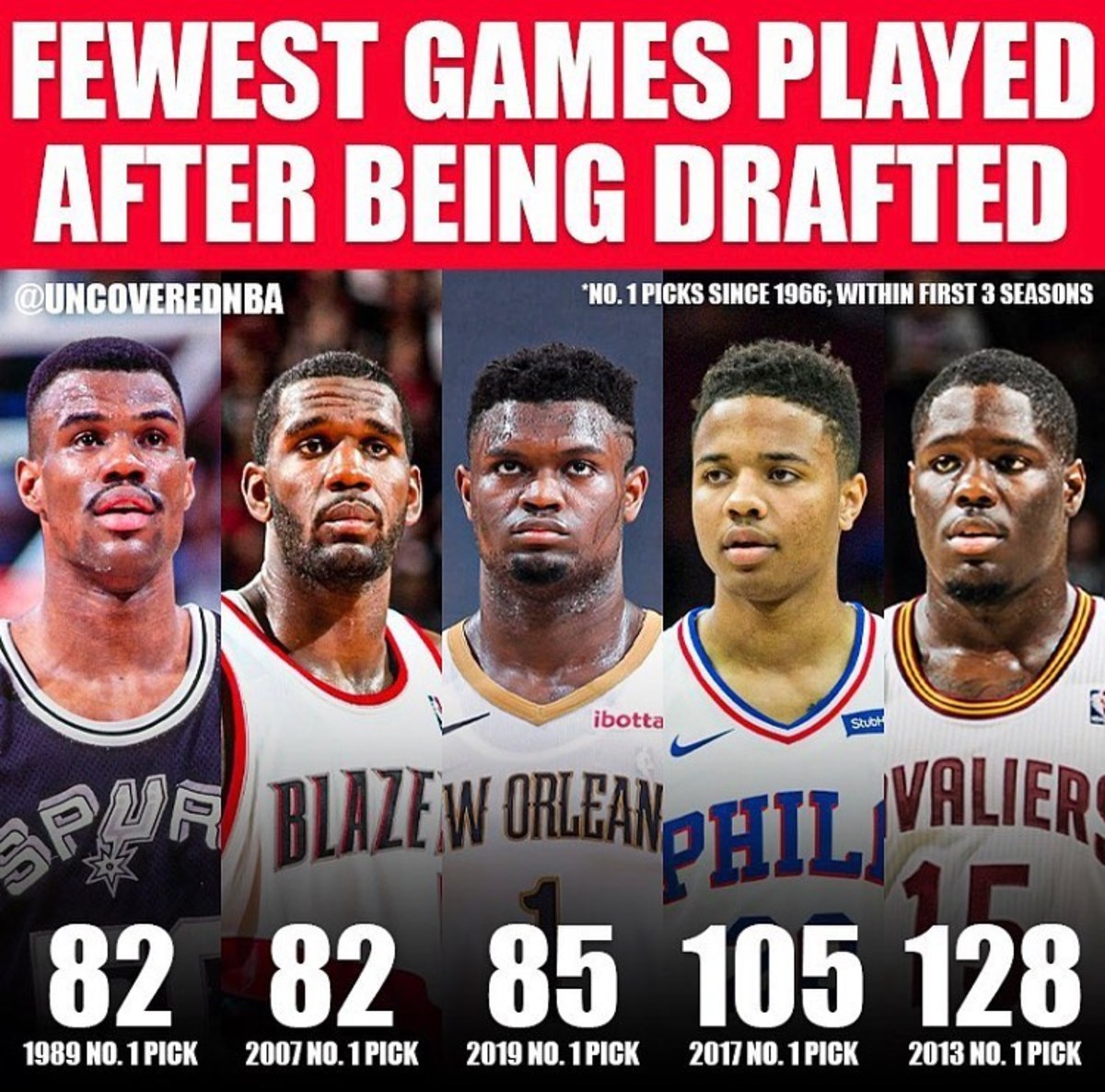 When an NBA franchise selects a player with the first overall pick in the draft, the player is expected to be the star who transforms their franchise. And there have been instances where players have, with players like LeBron James, Kareem Abdul-Jabbar and Tim Duncan helping to transform their respective franchises.

But there are times when the first draft picks aren’t good and end up being disappointments for their teams. There have been several disappointing top picks in the past, and some of them even missed a lot of games for their franchises in their first season.

But which players are at the top of the list? Let’s take a look.

David Robinson may be the only player on this list to make this list due to a technical issue. Robinson was the first overall pick in the 1987 NBA Draft. But Robinson was with the Naval Academy, and he had to complete his tour of duty with them before he could join the NBA.

Thus, Robinson technically missed his first two seasons with the NBA, but these are not reflected in the record books, as he only officially played for Spurs in 1989. And in his first season with the San Antonio Spurs, he played 82 games, led them to what was then the best single-season turnaround in NBA history and won the 1990 Rookie of the Year title.

Oden’s story is perhaps the saddest story on this whole list. Oden was the 1st overall pick in the 2007 NBA Draft, picked by the Portland Trail Blazers ahead of Kevin Durant. Oden entered the NBA Draft with an injury, and going for the surgery meant Oden had to spend his entire first season on the sidelines, playing 0 games.

The following season, officially considered his rookie year, he played 61 games, an encouraging sign, but still missed a lot of games. He only played 21 games the following season, after suffering another serious injury. This injury ended up being more serious, as it meant that Oden had never played for the Trail Blazers again, suffering several setbacks, before spending a short stay in Miami 3 years after he had not played, then to retire thereafter.

The only current NBA player on this list, Zion has perhaps been the most high-profile prospect on this list. Williamson was expected to be a superstar from the moment he entered the league, so much so that the Pelicans were willing to let Anthony Davis go because they knew they were getting Zion.

But since arriving, Zion has suffered injuries every season and missed a lot of time. He has yet to play this season and images of him have surfaced, but they were quickly debunked. The scary part is that Zion could miss even more matches in the future.

Markelle Fultz wrestled a lot in her first seasons in New Brunswick. Fultz was drafted by the Philadelphia 76ers, but only spent 2 years there, mostly because of injuries, and how their other all-star draft picks turned out. Fultz only played 33 games for the 76ers in his first 2 seasons with the franchise.

He was traded in the 2019-20 season to the Orlando Magic. And with the Magic, he’s played almost a full season, playing 72 of the Magic’s 73 games during the stop-start season. Since then he has struggled with injury again as he tore his ACL in February of this year and has not played this season.

Anthony Bennett is unanimously considered the worst overall first pick in NBA Draft history. Bennett failed overwhelmingly for the Cavaliers, never averaging more than 5.2 points per game. He was traded in his first season with the Timberwolves as part of the package to land Kevin Love.

Bennett only played in the NBA for 2 more seasons after his stint with the Timberwolves, respectively for the Raptors and the Nets, before eventually losing his place in the league, never to return, and playing for a short stint. in Europe before finally ended his disappointing career.