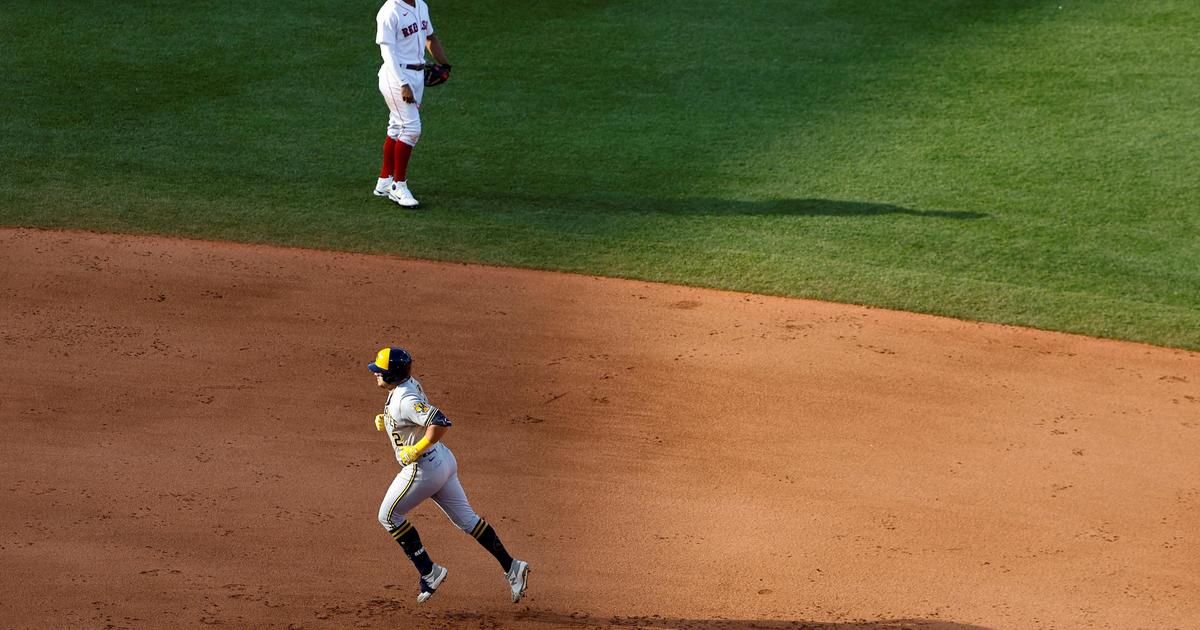 BOSTON – Hunter Renfroe hit a two-run homer against the Green Monster, Eric Lauer threw five one-run innings for his first win in more than a month and the Milwaukee Brewers beat Boston 9-4 on Saturday, sending the Red Sox to their 13th loss in 16 games.

Omar Narváez and Tyrone Taylor each added a solo shot, and Rowdy Tellez had three hits and started a run for the NL Central-leading Brewers, who are 7-1 since the All-Star break.

Milwaukee, playing in Boston for the first time since 2014, will look to win the three-game series on Sunday.

Christian Vázquez and Xander Bogaerts each had an RBI single for Boston, which is last in the AL East and has lost seven of nine in a 10-day home game all season long.

Renfroe, who played one season with the Red Sox before being traded to the Brewers last November, hit a curve ball from Nick Pivetta (8-8) in the second row of seats for his 18th home run, bringing the score to 4-1 in the fifth. Pivetta fell to one knee after Renfroe made contact and didn’t turn to look.

Trailing 5-1 in the seventh, Vázquez and Bogaerts had back-to-back hits before JD Martinez cut Boston’s deficit to one with a sacrificial fly, on which Renfroe landed a nice catch over the shoulder.

Milwaukee put it aside with three in the ninth when Taylor hit center fielder in the eye.

Narváez hit a curveball into Pivetta’s strike zone, sending him into the Boston bullpen.

After his best start in a month, Pivetta allowed four runs and nine hits in five innings.

The Brewers have stolen three bases against C Kevin Plawecki, who has caught just one of 22 attempts this season.

First base umpire Mike Muchlinski made a quick “safe” call and immediately changed it to “out” when Boston’s Jarren Duran was called out. No proofreading was requested and he clearly got the call.

Arroyo was activated from the 10-day injured list on Saturday and INF Jeter Downs was demoted to Triple-A Worcester.

Brewers: C Victor Caratini was hit in the helmet by Franchy Cordero’s backswing and went to the ground, but stayed in the game. … RHP Freddy Peralta (IL since late May, right shoulder) made his second rehab start Friday night, striking out five catches in 3 1/3 innings for Triple-A Nashville.

Red Sox: Manager Alex Cora says a second opinion examination of 2B Trevor Story’s bruised right hand revealed a “little hairline fracture” and he will be banned from swinging a bat for 10 days. Story has been on the IL since July 14 after being hit in the hand by Tampa Bay’s Corey Kluber. … RHP Michael Wacha pitched a mock game, his second off the Fenway mound, and Cora said if he felt well he would go to rehab next week. … 3B Rafael Devers (IL, right hamstring) is scheduled to travel with the team to Houston next week.