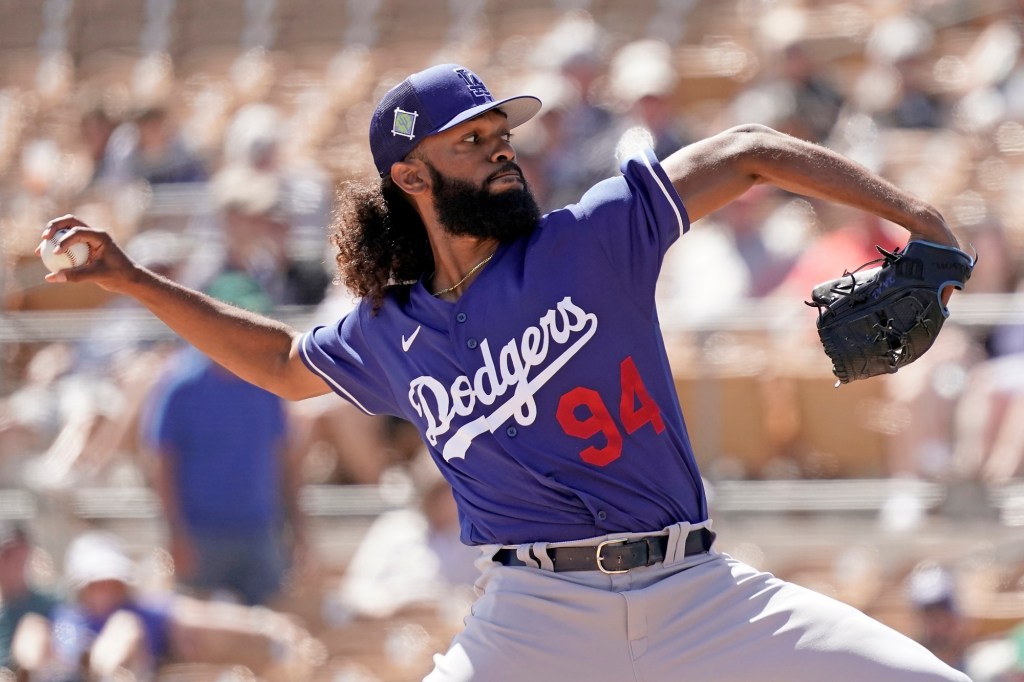 THE GAME: The Dodgers are still looking for their first Cactus League win of the season after losing to the Chicago White Sox, 8-6, Monday afternoon at Camelback Ranch in Glendale, Arizona.

LAUNCH REPORT: Right-hander Andre Jackson struck out the White Sox’s first four batters, but then gave up a single, a two-out walk and a three-run homer to Micker Adolfo in the second inning. … Unlisted guest Bobby Wahl allowed three runs in 1-1/3 innings on three walks, a wild pitch and two hits. … Right-hander Brusdar Graterol retired the team in order during his inning.

HIT REPORT: Max Muncy hit and walked in his first two spring plate appearances and played three innings at third base. … Jake Lamb and Austin Barnes homered in the third inning. Barnes left the game after that round as a precaution. He pulled a foul bullet out of his face mask. … Andy Burns hit his second home run of the spring. … Stefen Romero and Zach McKinstry had RBI singles. … Miguel Vargas doubled the center field wall in the ninth inning.

DEFENSE REPORT: Right fielder Ryan Noda made a sprawling catch off the line in the first inning, taking away a potential extra base hit from Yoan Moncada. … Two runs scored for the White Sox when Jorbit Vivas misplayed a pop-up at second base in the seventh inning.

“Full size for that price?” – The high price of the rare Terminator Arcade game is driving fans crazy