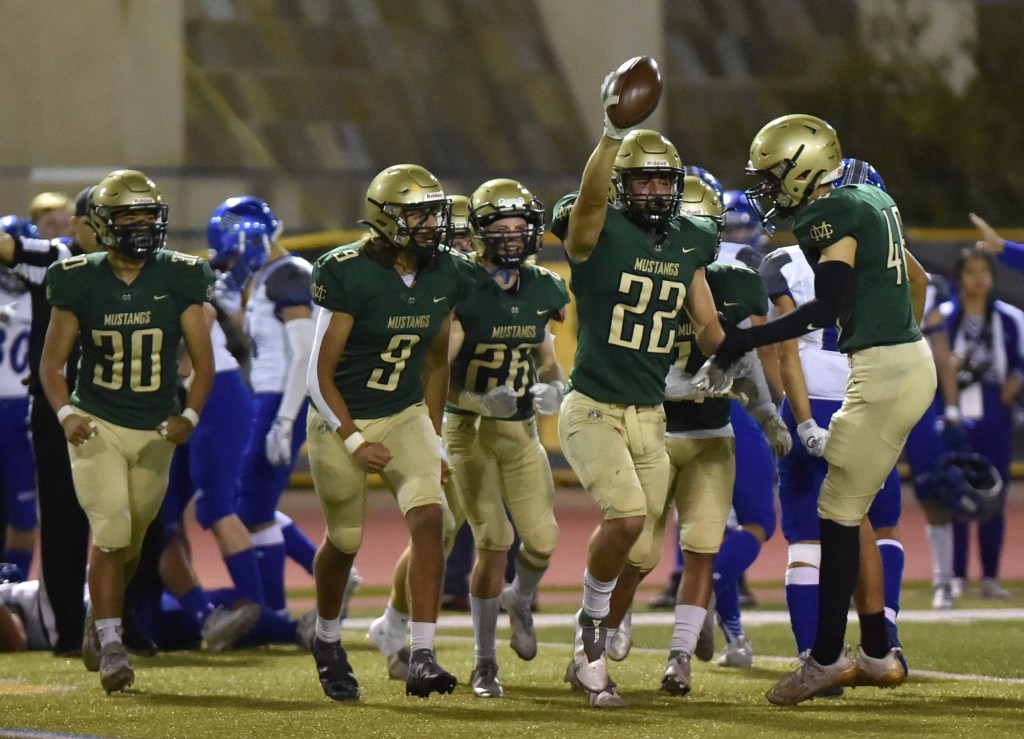 Take a look at the best high school football games around Friday. For the first time, we’re adding predictions for the top five matches of the week. Everyone loves predictions.

Outlook: The showdown of the week brings the Cavaliers to Veterans Stadium to take on the Jackrabbits. The teams met twice last season, both in Serra and I think people are still trying to get into the game. Serra won both meetings (regular season and CIF SoCal Regional Finals) by a combined five points. In seven games, Serra is 6-1 against Long Beach Poly. All games were decided by eight runs or less. Poly picked up their season-opening win over Clovis (56-7), while Serra blew a 17-point lead and fell to Orange Lutheran 27-26.

Prediction: Tight. I’ve covered six of those meetings and the Cavaliers have always made play when needed.

Outlook: When these two teams come together, the dashboard operator usually trains well. The Golden Knights have won five of the last six meetings. The Mustangs have scored 35 points in each of the past two games, but it hasn’t been enough. During the Covid-19 spring season, St. Francis won 38-35 and last season the Golden Knights won 44-35. Last week, St. Francis scored 41 points and still lost to West Ranch, which scored 61 points. Mira Costa’s offense didn’t have much trouble scoring points last season and Matthew Kraskouskas, Cole Crotty and Reese Leonard back, freshman starter Dylan Karr could have a big season.

Outlook: Edison picked up a 48-13 win over Venice last week. Parker Awad threw for four touchdowns and completed 15 of 17 passes for 289 yards. Leuzinger kicks off his non-championship program, which also includes Bishop Amat, Long Beach and Mission Viejo, with a trip to Orange County. The Olympians are one of the South Bay teams that could become title contenders. Will Doherty steps in at quarterback and the Olympians fire a good group of players who gained experience last season and welcome some impact transfers.

Prediction: Edison. It will take a lot for Leuzinger to avoid these first-game problems against a team that already has one game under its belt.

Outlook: The Battle of the Panthers. Peninsula opened the season with a 26-7 win over Dominguez. Mason Gonzalez, who is one of our players to watch this week, scored two touchdowns in the win. AJ Maes also had two touchdowns. Jordan beat Kennedy 30-21 last week. Peninsula brought their defensive helmets last week and will try to do the same this week. Jordan was led by Khaali Hicks, who ran for 115 yards in the win over Kennedy.

Prediction: Maes and Gonzalez lead the way to victory for Peninsula

Outlook: After Spring Ball, Summer Overrun Leagues and Fall Camp, the Warriors and Centaurs can finally open their regular seasons. Culver City is a rebuilding team with the start of last season, with starting quarterback from last season (Alonzo Esparza) now at Sierra Canyon and wide receiver Ethan Harris now at Leuzinger. West welcomes Jackson Sharman back to quarterback and linebacker Tyler Schlappatha leads the defense. To start the season with a win, West will need to find a way to end a four-game losing streak against Culver City.

Prediction: West. The Warriors are one of the area teams to watch.