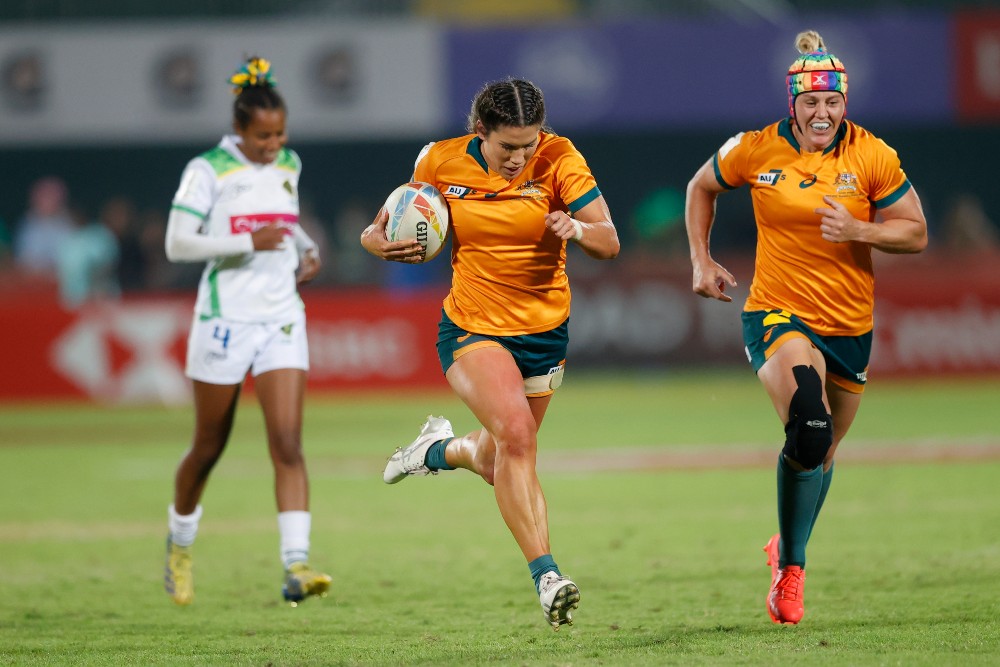 From Olympic gold, to the Order of Australia, to World Player of the Year, there’s not much Sevens co-captain Charlotte Caslick hasn’t accomplished. Except for two.

Caslick is only 27 but is one of the most decorated players on the Sevens circuit, set to lead Australia to the Commonwealth Games alongside Demi Hayes in Birmingham.

Don’t miss! Buy your tickets for the Wallabies three-Test series against England

However, a two-month streak of iconic tournaments will allow him to do something no Aussie has done; complete five Olympic rounds, Comm Games, World Cup, World Series and World Rugby Player of the Year.

New Zealand duo Portia Woodman and Ruby Tui completed it with Olympic success in 2021, with Woodman holding the sole record of tasting Sevens and World Cup success at 15.

With Birmingham just 23 days away, Australia come in as the team to beat following their success in the World Series before the action heads to South Africa for the World Cup in September.

The expectation remains the same for Tim Walsh’s team according to Caslick.

“I haven’t won a World Cup or Comm Games so I’m looking forward to ticking them both off in the next few months which would be great,” Caslick said. Rugby.com.au.

“The process remains the same and prepares as we would for any tournament.

“Every tournament we go to, we always like to come away with the gold medal and we expect that we can achieve that.”

Caslick is one of Gold Coast’s remaining four in the 13-man squad, joined by co-captain Hayes, Dom Du Toit and Sharni Williams.

Reigning medalist Shaun McKay has fond but hazy memories of the crowded final, sent off early after a bad blow to the head trying to make a first-half tackle.

“I had a concussion in the first three minutes, so I don’t really remember the whole game,” she laughed.

“Singing the anthem in front of a home crowd in a full stadium, I think it was one of the biggest clashes we’ve ever had.

“It was a pretty cool sight which I know was said by a lot of people, which changed their perception of women’s rugby and made them long-term fans.”

Caslick knows better than anyone the power of success at events like this – one of the key heroes to the 2016 Olympic triumphs.

“Winning our gold medal in Rio really started a whole movement for women’s sport in Australia,” she explained.

“Sometimes rugby might have disappeared from sight, so these tournaments give us the opportunity to be on free TV and back and people are exposed to our game which is great for the game. and game development.

“We have the challenge of playing abroad for most of our season, which sometimes isn’t as available as other sports codes that have that access at the moment.

“The opportunity to play at the Commonwealth Games, Olympics, World Cups and travel is a huge asset for girls in our sport and I know if you ask the Levi sisters what keeps them in rugby, it certainly is.”