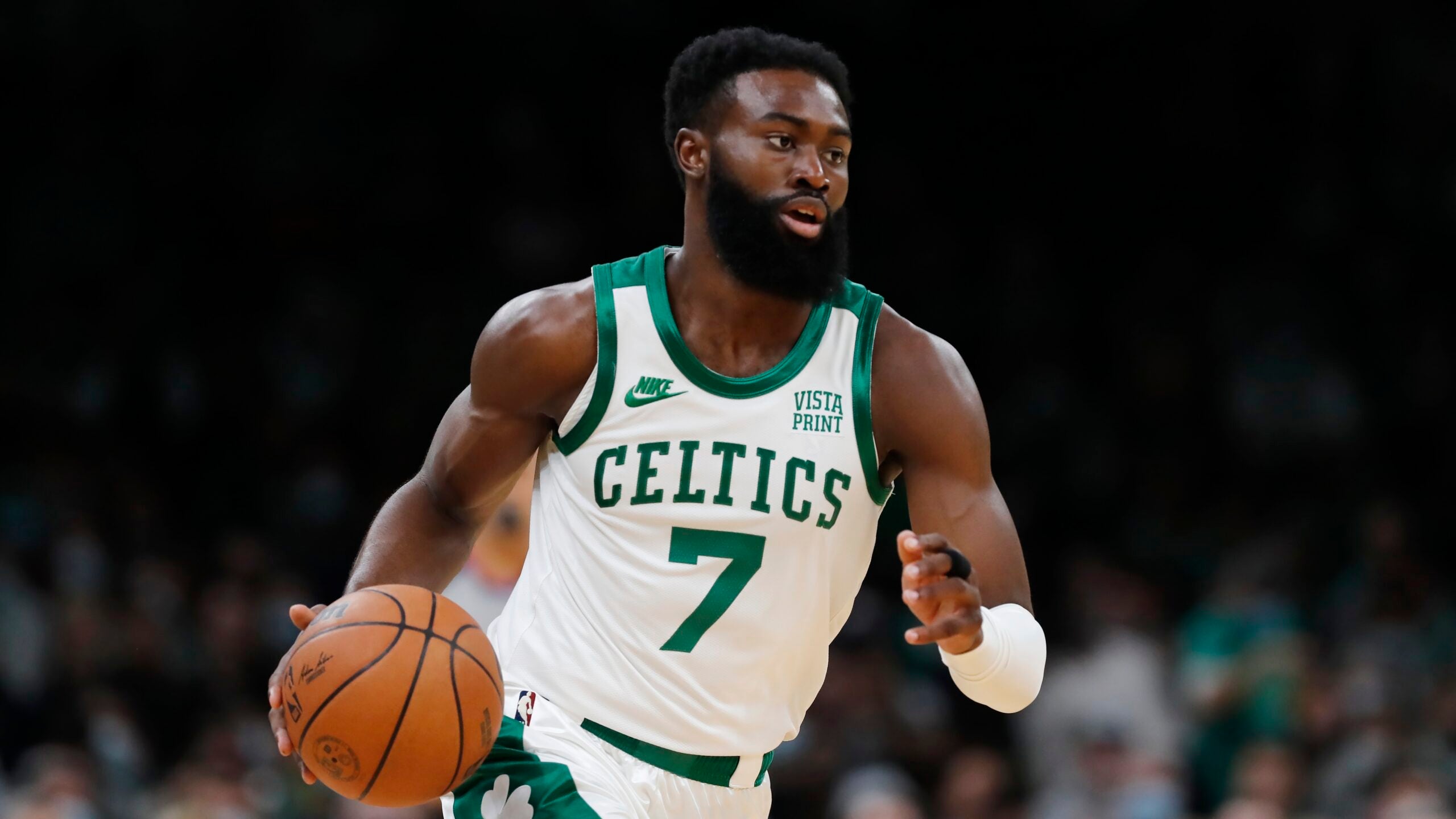 Jaylen Brown’s first four games of the season have been inconsistent.

He looked like a superstar against the Knicks, scoring a career-high 46 points in a season-opener double overtime loss. Two days later, he scored just nine points on 3 of 13 shots in a terrible loss to the Raptors in the Celtics’ home opener.

After playing a game against the Rockets with a pain in his left knee, Brown looked like his star against the Hornets again, scoring 30 points in the overtime victory. But he struggled again two days later, shooting just 5 for 16 from the field and scored just 13 points in a home loss to the Wizards.

Brown’s inconsistency comes just weeks after testing positive for COVID-19 on October 8. His positive test sidelined him and kept him in quarantine until a day before the season opener against the Knicks.

Speaking to reporters on Friday, Brown detailed some of the challenges he has faced in his first handful of games since testing positive for COVID-19.

â€œI think so,â€ Brown said when asked if COVID-19 had played a role in his play. â€œI’ve noticed in the last two days – four games for me now – my body hasn’t recovered the same. In the sense that I have spoken to our medical staff, I feel good. And then, I feel like instead of playing one game, I feel like I’ve played three. I am used to my body reacting and recovering much faster.

â€œI know I just turned 25, but that can’t be what it looks like on the other side,â€ joked Brown, whose birthday was Oct. 24.

One of the things that Brown says has affected his recovery and his game is joint pain.

â€œMy breathing was more of my concern and I breathe well. I’m just not recovering as fast as I would like, â€Brown said. â€œI have joint pain, and that’s also part of COVID. I think some increased joint pain is part of it. As I continue to fight and play more games and put the good stuff in my system, it will get better. At the moment, it’s been inconsistent – it’s pretty obvious. My body didn’t feel the same.

The Celtics had a lot of trouble with COVID-19 last season, with their players missing the most days in the league due to the virus last season. Several players from last year’s squad, such as Robert Williams, Evan Fournier and Tristan Thompson, all detailed some of the issues they faced in battling the virus and in their first comeback games.

Celtics star Jayson Tatum has also struggled significantly with COVID-19 long after his return from the virus. Months after testing positive, Tatum admitted he was using an inhaler, which he did not do until COVID-19.

Brown said he didn’t have the same problem, but spoke to Tatum and other teammates who had the virus about how to deal with it in his first few games.

â€œYeah, I think it affects everyone a little differently,â€ Brown said. â€œI think Jayson said his breathing was more of his concern. He had an inhaler. I didn’t really need an inhaler. I really focused on my breathing when I was in quarantine.

â€œMy recovery has not been the usual kind of recovery. I usually go through a routine, and that routine works. It’s money. I have been doing this for a few years. Even after a tough game, I’m doing a routine and I should be fine. I still have persistent joint pain. I still have a little fatigue in my body. And I think COVID is one of the main reasons. “

Brown’s inconsistency in energy has led Celtics new coach Ime Udoka to call his performance so far “mind-boggling” after Wednesday’s game. Brown said he hadn’t heard his coach’s comment, but he agreed with him.

“Ime came and told me about it [Thursday]. It didn’t bother me. It’s also mind-boggling to me, â€said Brown. â€œI was surprised that my body didn’t react as it normally does. I’m usually able to have that zip, that pop, that flies up and down the court, but it wasn’t there. I think it was obvious, I don’t think it was irrelevant or anything for that.

â€œI have to get better and be with my medical staff and figure out how to get my body to where I feel normal. Some days I feel fantastic and then it’s like 2-3 days, it takes too long for my body to feel fantastic again. This is a problem for me. As I navigate we still need to tighten up the details, strengthen our defense and find a way to win games. Even though I don’t feel the same on the court, I could still be better in some areas and detailed in some areas. It’s more of the conversation we have.

Brown and the Celtics hit the road again on Saturday for a rematch against the Wizards in DC. They will be without playmaker Marcus Smart, who has a non-COVID disease. Alternate goaltender Aaron Nesmith is grappling with a similar issue, but his status for Saturday’s game is unknown.

Get the latest Boston sports news

Receive updates on your favorite Boston teams, straight from our newsroom to your inbox.

These used games are so cheap they are a must have