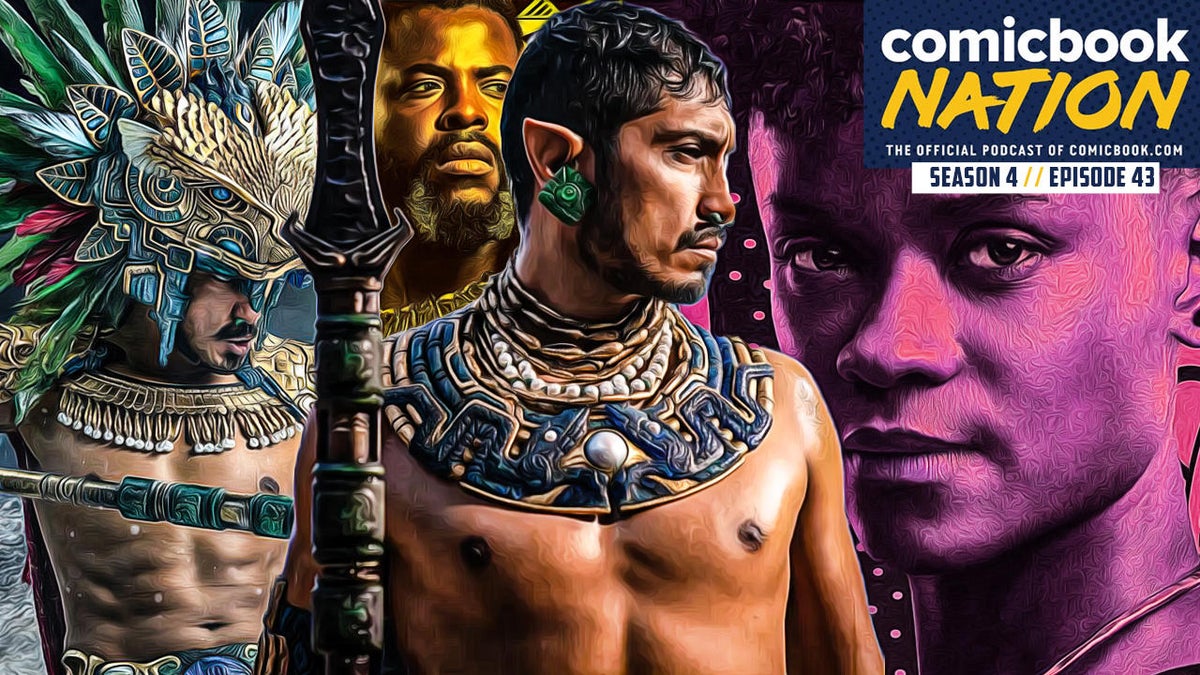 The cartoon nation the team discusses James Gunn to head DC Studios and the new DC Universe franchise! PLUS, we break down the early reactions to Black Panther: Wakanda Forever; REACT LIVE to Venom 3 get a director, and break it down Ant-Man and the Wasp: Quantumania and Guardians of the Galaxy Holiday Special trailers! This week’s review is for new TV shows: from Amazon The ringroad and Star Wars: Tales of the Jedi!

Aaron: “#BlackPantherWakandaForever is an emotional journey well worth the wait. Absolutely loved this movie! | Namor! More on him later. Safe to say he’ll be a favorite | Angela Bassett brings down the house pretty much close every time she speaks. #WakandaForever | Just a very thoughtful film that left me wondering about life. (That’s probably what I enjoy the most) Most interesting choice to close the phase 4. Also Ironheart is SPECIAL.

comics: “#BlackPanther #WakandaForever is epic, especially in its scope. Namor is one of the best villains the MCU has had to offer. Tenoch Huerta kills him! Emotions are heavy. Ryan Coogler is upping his game on the action. It’s a lot to take in, so much balance, and it’s powerfully good.”

Each episode features a deep dive into the biggest current talking points and debates within geek culture: movies, TV, comic books and video games are regular features, with genres like science fiction, anime and wrestling also featured regularly. The ONLY show covering ALL THINGS Geek Culture!

Where is the NFL game played in London? Cost, capacity and more to know about Wembley Stadium