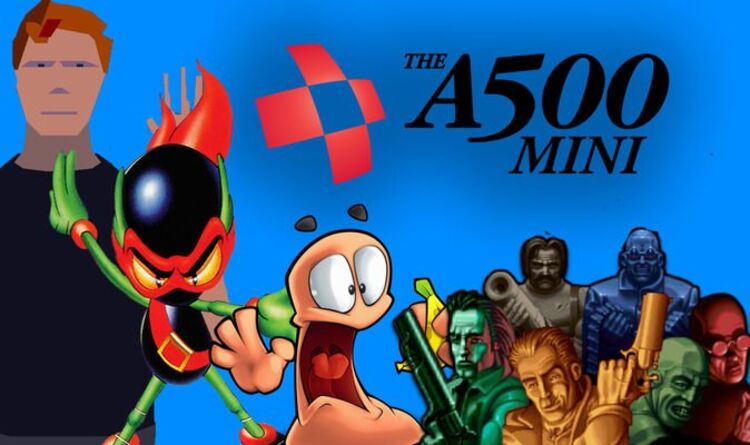 When people think of 16-bit console wars, they usually imagine playground meltdowns between Sega Mega Drive and Super Nintendo fanboys. However, a large proportion of gamers have shunned home consoles in favor of the excellent Amiga 500. If you fall into that category, or perhaps want to see what you’ve been missing, then you’ll be glad to hear that the classic Commodore PC is the latest machine to get a miniature makeover.

The Amiga A500 Mini is a miniature replica of the original Amiga 500. It comes preloaded with 25 classic games, including Simon the Sorcerer, Speedball 2, Another World, and Worms.

Like similar miniature consoles, the A500 packs a mod-cons or two, such as save slots to quickly resume your games, as well as the ability to load additional games via USB.

Despite its looks, the A500 Mini doesn’t actually contain a working keyboard, but instead uses an on-screen controller and keys.

You can see the full list of games below…

• Titus the fox: to Marrakech and back

• Zool: Ninja of the “Nth” dimension

The best video games for the visually impaired

Rad Cat Returns With Double-Sided Single, “One For Me / Think About Me”