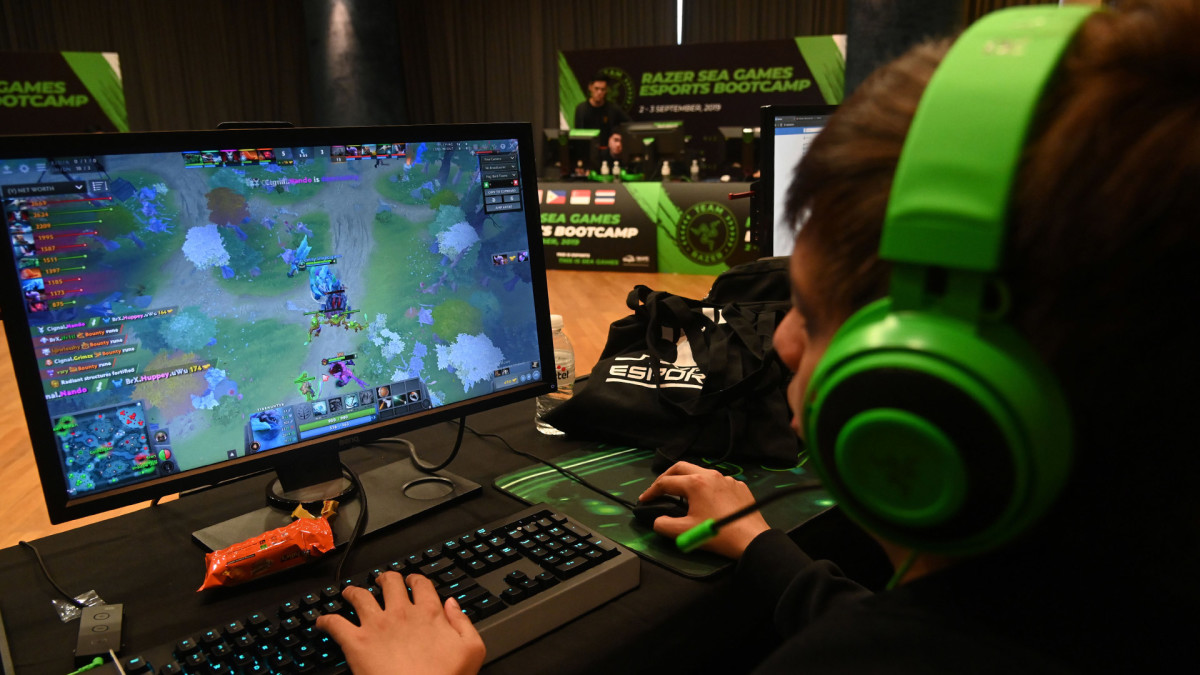 He’s been eating for all these years and he still hasn’t gained weight. The video game was released in Japan on May 22, 1980.

The story goes that the game’s creator, Toru Iwatani, wanted to develop a game that would appeal to both women and men, unlike Space Invaders, Asteroids, and other more violent electronic games of the time.

Who could have predicted that the yellow pie-shaped character, who spins around a maze gobbling up dots and dodging ghosts, would become a legend in the gaming world – and beyond?

Originally dubbed “Puck-Man”, a reference to “puck-puck”, the sound for snacking in Japan, the character got a new handle when he came to the United States to avoid an F-bomb reboot.

Pac-Man went on to be a smash hit, inspiring sequels, merchandise, two TV shows as well as a 1981 song, “Pac-Man Fever”, which reached No. 9 on the Billboard charts. There was also an album that sold 1.2 million copies by the end of 1982.

Pac-Man is one of the highest-grossing and best-selling games, generating over $14 billion in revenue in 2016 and 43 million units in combined sales.

And the yellow pie-shaped creature is still snacking, long after the days of leggings, Swatches and Care Bears.

Pac-Man is the most popular online game

A recent study conducted by the online gaming platform Yahtzee Craze found that Pac-Man is America’s most popular online game.

The survey analyzed data from Google in the United States and around the world for the 14 most popular online searches associated with the word “gaming”. and ranked them based on average monthly Google searches in the US and globally.

Solitaire held third place in the United States with 499,000 searches per month.

Rounding out the top five are Tic Tac Toe, which dates back to ancient Egypt, and Minesweeper, a slightly newer game released in 1989.

So, are we sensing a theme here?

“People who search for video games on Google are likely older people who played those games when they were growing up,” said Mark Deppe, Director of UCI Sports at the University of California, Irvine. “Most of my students get information through Discord communities, on Twitter, Tik Tok, Instagram and Reddit.”

Deppe noted that there has been a resurgence of some retro games recently.

“Chess is a great example because it exploded on Twitch and now there are big college esports tournaments for it,” he said. “In June, we held an old-school Tetris tournament at the UCI.”

An older video game also topped another survey. Game Experts at Minesweeper says that Take-Two Interactive (TWO) Grand Theft Auto V, which was developed nine years ago, is the most searched video game in 15 different states, including New York.

The majority of searches for the game have taken place in the South and Midwest.

The Minesweeper team analyzed Google’s trending search data for the 25 most popular video games, according to the site. How long to beat for 2022 since the beginning of the year.

As of June, the game has shipped over 169 million copies worldwide across all platforms and more copies have been sold in 2020 than any other year since its launch.

God of War, Teenage Mutant Ninja Turtles: Shredder’s Revenge and Horizon Zero Dawn are the second most searched games in the United States, coming out on top in Connecticut, Delaware, New Hampshire and New Jersey.

“Grand Theft Auto V however, has been played almost for the past ten years by gamers,” the company said in a statement. “It’s clear that the game’s immersive storyline, fun characters, and gameplay still resonate with a large number of American gamers. It will be interesting to see how these results evolve throughout the year and into 2023. .”

Deppe said he was not surprised to learn that gamers are still crazy about Grand Theft Auto V after all these years.

“As games come and go in popularity, people often come back to the games they love,” he said.

The MMORPG Elyon is shutting down after just one year online