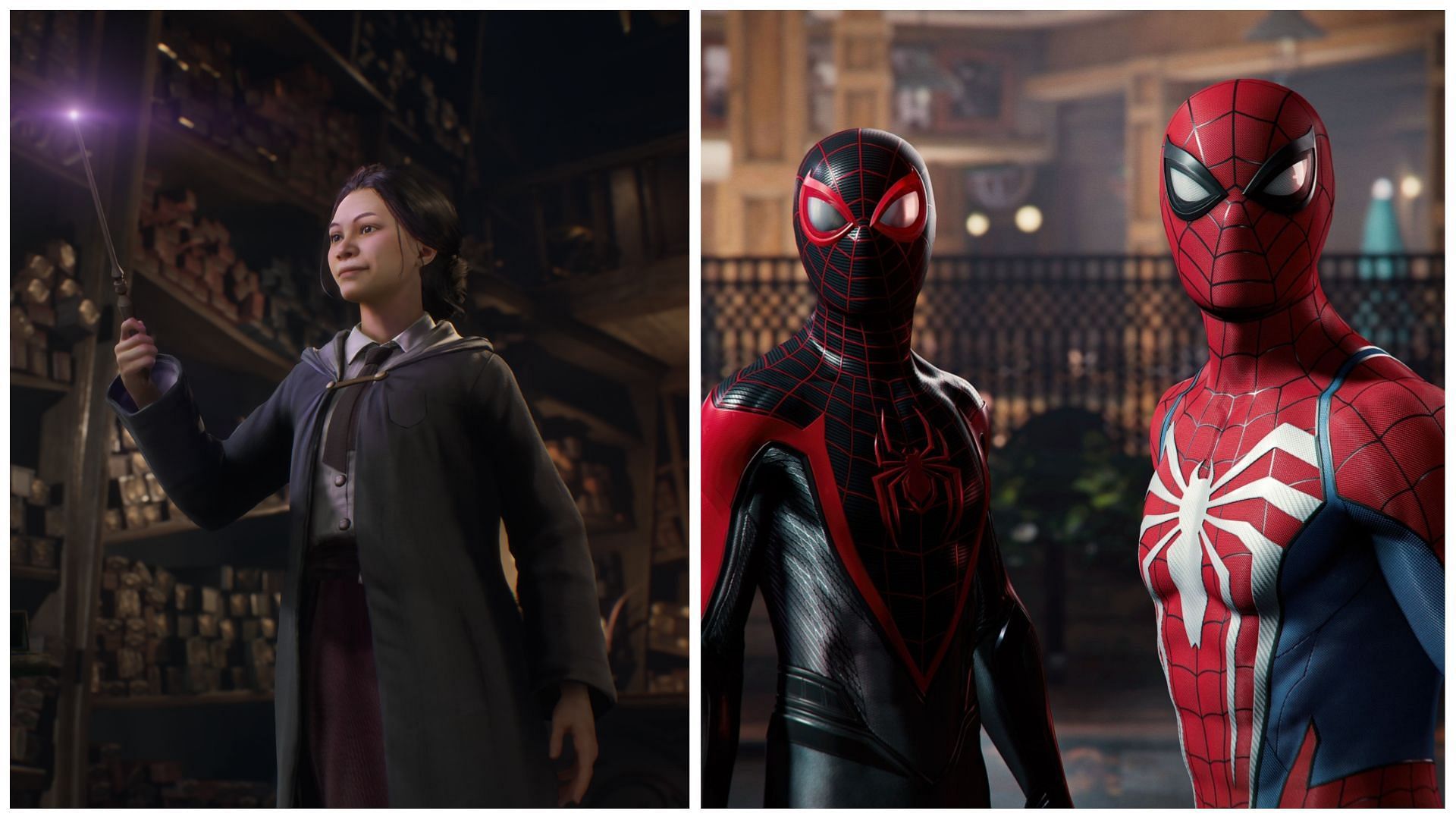 Action-adventure video games have been the crown jewels in the annals of gaming since the inception of the industry. These games allow fans to live out their wildest fantasies and engage in glorious combat while simultaneously enjoying a gripping narrative that leaves a lasting impression. Offering hours of entertainment, these video games offer the most immersive experience.

2022 has been a fantastic year for gaming fans everywhere with major releases across various genres. Thankfully, video game enthusiasts have even more to look forward to in the coming year, with an exciting lineup of games slated for release in 2023.

Note: This article is subjective and reflects the opinions of the author.

Superhero-themed video games have often been underwhelming, but after their 2018 online vigilante portrayal, Insomniac Games defied the odds. Marvel’s Spider-Man (2018) is one of the most exciting PlayStation 4 exclusives, and with its sequel slated for 2023, the developers are eager to impress on the next-gen PlayStation 5 console as well.

Spider-Man 2 was announced for the PS5 in 2021, with a trailer revealing footage during the PlayStation Showcase event. While not much is known about the game currently, the trailer teases the inclusion of Venom, Spider-Man’s nemesis and one of Marvel’s most iconic antagonists. With the success of the first game and the thrilling trailer, the hype is higher than ever for this action-adventure video game.

Although the exact release date of Senua’s saga is still unknown, it is most likely to be released on various platforms in 2023. It is the sequel to the 2017 surprise hit action-adventure video game, Hellblade: Senua’s Sacrifice. Although there is very little information about the premise of the title or the basic game mechanics, the trailer is amazing and visually stunning.

Developed and published by Ninja Theory, the first game took the gaming world by storm with its immersive plot, well-rounded characters, incredible visuals, and polished combat mechanics. Like its predecessor, Senua’s Saga appears to be based on a fantasy take on Norse mythology and is one of the most hyped releases of the coming year.

3) The Legend of Zelda: Tears of the Kingdom

Legend of Zelda: Breath of the Wild is one of the most critically and commercially successful action-adventure video games of all time, so it’s no surprise that its highly anticipated sequel is included in this list. Zelda video games are undoubtedly some of the most valuable assets in Nintendo’s arsenal, and the legendary publisher is ready to conquer the gaming world once again.

While details regarding the game are still scarce, leading its dedicated community to speculate about the premise of the story, Nintendo has revealed that it will be released on May 12, 2023. Fans of the series, as well as gamers in general, will be eager to lace up their boots as Link again and embark on another memorable adventure.

Harry Potter is one of the most recognizable names in all of fiction, and the franchise is set for its latest foray into the world of action-adventure video games. Although Harry Potter video games have been quite popular on older consoles such as the PlayStation 2, with the computing capabilities of next-gen consoles, fans of the series can finally experience the dynamic world of Hogwarts at its best.

The title was rumored and teased for years before it was officially announced. Developed by Avalanche Software and published by Warner Bros. Interactive Entertainment, the game was announced in 2020 and will be released on February 10, 2023. The action-adventure video game does not include any of the characters from the film franchise and is said to be set in the years 1800.

5) Horizon: The Call of the Mountain

After the dazzling success of Horizon: Zero Dawn, its sequel titled Horizon: West forbidden had a lot of expectations riding on her. It was among the most anticipated video games of 2022 and certainly lived up to the hype by offering an even bigger world. With the franchise now cementing its position as a mainstay in the world of action-adventure video games, everything is set for another entry.

Interestingly, Horizon: Call of the Mountain isn’t what many would consider a traditional sequel, as it’s a VR title that features a different protagonist in the same world. Although it’s more of a spin-off, the game looks absolutely amazing and has the hype of the PSVR 2 also increasing its popularity, making it one of the most exciting action-adventure video games slated for release in 2023.

DRX Deft: “I felt like I would fail the rest of my life if I couldn’t reach the top of LoL.”