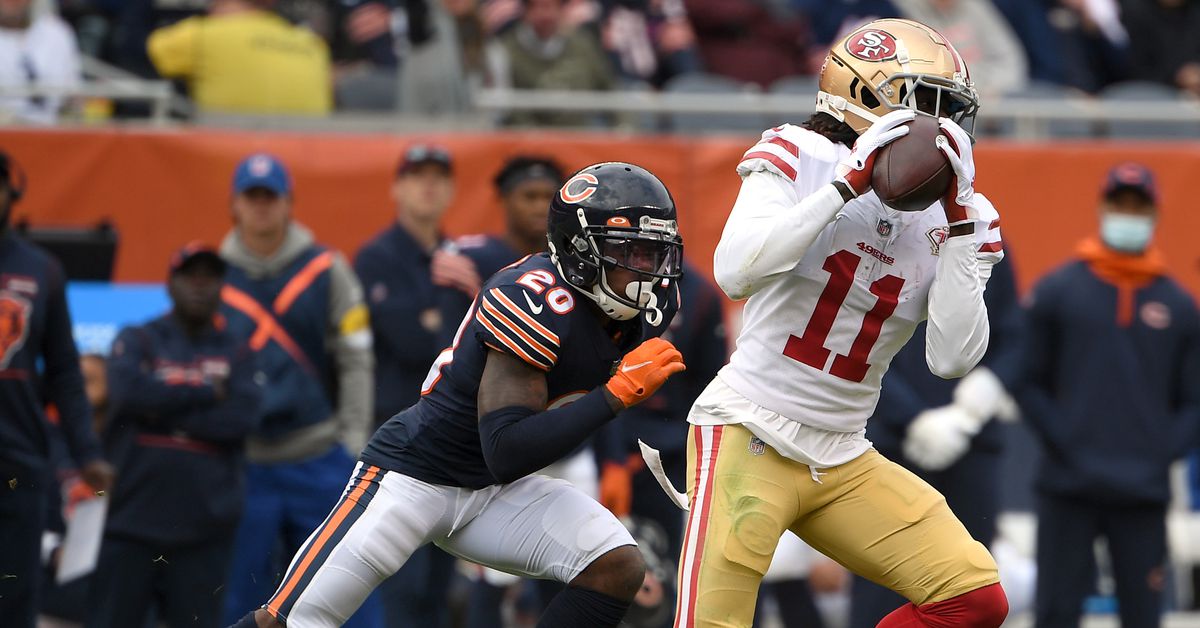 Dak Prescott is inactive for the Cowboys tonight, so we’ll skip a soccer thread on Sunday night and watch some quotes from 49ers head coach Kyle Shanahan and some of the players after the game.

If you want to use this thread for Sunday Night Football because you can’t get enough of Cooper Rush, then go for it.

First off, Shanahan talks about Bears QB Justin Fields. Josh Norman said the 49ers felt like they shut down the Bears and referred to Fields holding 175 yards passing. However, during the game, at least not until the very end, it didn’t look like San Francisco had shut Chicago down in the slightest bit.

Shanahan said he was very impressed:

Fields had an extra 0.34 per game EPA, which is pretty good. His total EPA for the match was 14.2 (Jimmy Garoppolo’s was 15.1 for reference), and he succeeded 52% of his passes while 40% of them made the first tries. Add a 65% success rate to the third and fourth down, and the Niners have done anything but shut down Chicago.

Shanahan said Brandon Aiyuk â€œplayed his assâ€ and had his best game of the season:

Aiyuk helped convert some third downs. I loved its use today as San Francisco moved it into training. Aiyuk’s slant route during the two-point conversion attempt was impressive. Hopefully it builds on today’s performance.

After the game, Shanahan said Jimmie Ward’s quad injury was a “pretty big concern”. It’s a big blow with Jaquiski Tartt already in the injured reserve. This means that Hufanga will have to grow up quickly. If he plays like he did against Chicago, the defense is in good hands.

Finally, Jimmy Garoppolo’s full post-match presser. Jimmy has faced a lot of criticism, and much of it is deserved. He performed in front of nearly 100 friends and family as he walked home today. I jokingly asked how it feels to be the best quarterback in the stadium;

Finally, my guy Charlier Woerner had another awesome day:

Then the Cardinals, who could be without Kyler Murray.