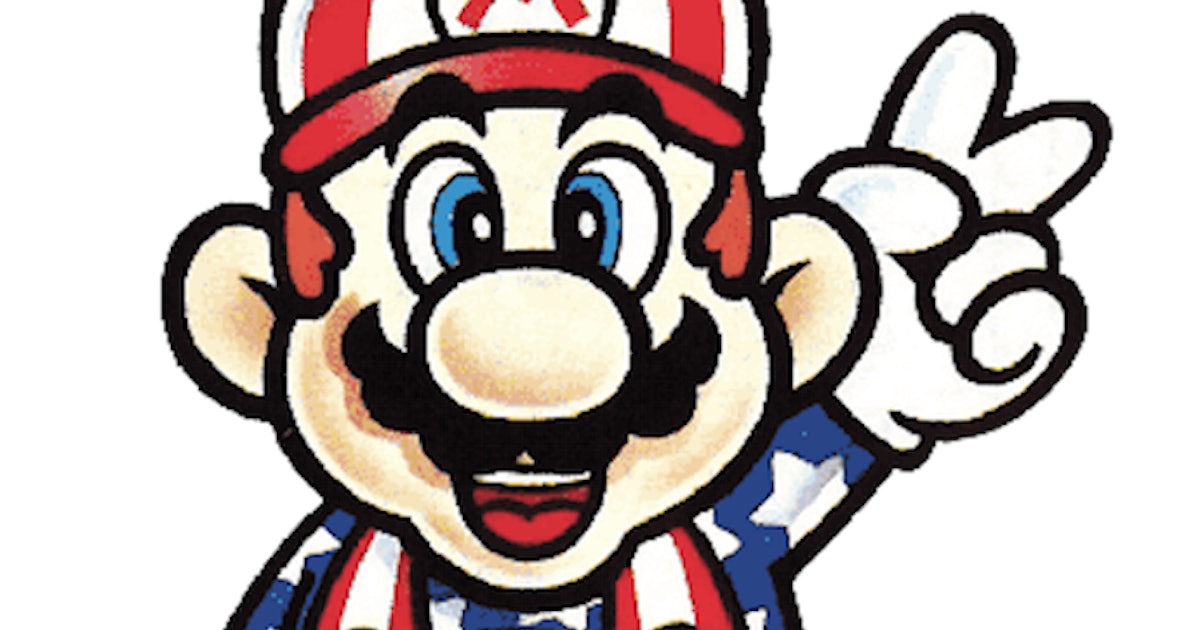 From the 14th to the 17th century was the era of Renaissance men. Great minds like Leonardo da Vinci, Michelangelo and Galileo were celebrated for their mastery of many disciplines such as engineering, astronomy, art and music. Great men, it seemed, weren’t just about conquering a domain. They had to branch out, discover new things and excel at them. Gaming’s most famous Renaissance man debuted only 35 years ago, but that debut changed his publisher – and gaming in general – for good.

NES Open Tournament Golf may seem like a generic title, but its Japanese version tells us what it’s really about: Mario’s Open Golf. It represents Mario’s first foray into truly new territory, abandoning his castle-destroying adventures to focus on the unofficial pastime of every pot-bellied Italian trader. Why plumb when you can putt?

It’s easy to think of Mario in his current Renaissance form.

Over the years, he’s been a golfer, tennis pro, football star, go-kart racer, doctor, and piece of paper. Is there nothing man can’t do? It’s impressive in 2022, but its multi-faceted nature as Nintendo’s mascot wasn’t the same in 1987. When NES Open Tournament Golf was released on the Famicom Disk System, we had only seen Mario as the plumber hero traveling through pipes and stomping on the koopa. He was the face of Nintendo, but putting him in a sports game was a gamble.

Sales and critical reception were strong enough that Nintendo decided to do it again with Mario Golf for the N64. This game became a smash hit for Nintendo and cemented Mario’s legacy as a bona fide sportsman.

Chances are most of you reading this have never played NES Open Tournament Golf. So is it worth playing?

Absolutely, assuming you go in with an eye for history and a healthy dose of context. It’s not Tiger Woods. It’s a relatively bare bones golf game compared to modern titles (including series minigames like Yakuza) but, for its time, NES Open Tournament Golf was innovative. 3D graphics and a top-down perspective were virtually unheard of on the NES, and while the mechanics are simple, relatively little has changed despite the console’s exponential increases in processing power.

That’s largely because it wasn’t the first golf game for the NES, so the developers got to see what worked and what didn’t. Players choose a game mode (match play or stroke play) and select one of three courses. You’ll face a series of increasingly difficult opponents, and in the end the game can be very unforgiving if you don’t master the controls (read the instruction manual!)

Like modern golf games, NES Open Tournament Golf starts you with an overview of the hole. You can see the layout, the wind, all that. You aim your shot, select your club, speed and turn before taking a swing. Swinging the club involves certain precise A button skills (once to start the swing, once to set the power, and a final shot for accuracy). It takes a while to get the hang of, which is good, because it’s repetitive as hell.

What sweetens the whole experience is Mario’s aesthetic. If you’re a fan, it’s worth seeing series regulars like Princess Peach and Donkey Kong make appearances, and the graphics and audio are as lovely as anything from the NES era. Is this the best golf game? No. The best Mario golf game? Also no.

But it’s the first, and if you have a thing for retro gaming or a love for gaming history, it’s worth playing. Nobody said being a Renaissance man was easy, even if our favorite Italian plumber makes you believe it.

7 popular game series that started in the 80s