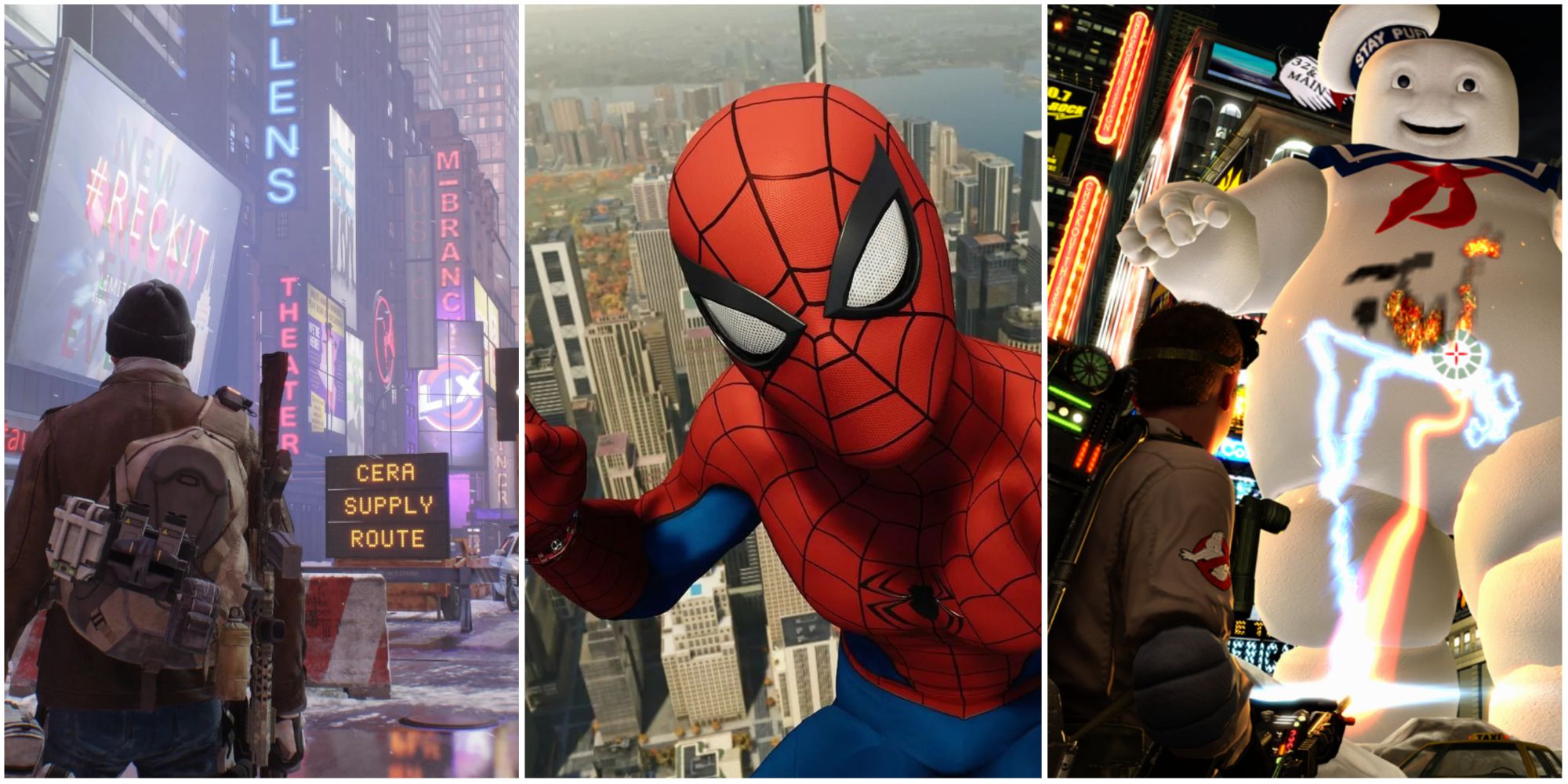 From the Empire State Building to the Statue of Liberty, there is no shortage of timeless and striking landmarks in iconic New York City. The Big Apple has been depicted in every type of media imaginable, inspiring some of the most important and widely received films, music and literature ever created.

New York’s depiction in video games spans a wide variety of genres that each show the city that never sleeps in their own unique and memorable way. Its towering skyscrapers and bustling skyline provide the perfect backdrop to house some of the most memorable gaming experiences. Here are some of the best games set in New York.

With its original release in 2005, Fahrenheit (Indigo Prophecy in North America) revolutionized video game storytelling, thanks to its thought-provoking narrative that bridges the worlds of film and games.

You take control of multiple characters as a murderous plot unfolds in an extremely cold and dark New York City. Fahrenheit was way ahead of its time and featured an intriguing investigative mystery story where your choices mattered. New York presents itself as the perfect backdrop to house this noir tale of the paranormal, and draws much inspiration from New York-based films, including Seven and Angel Heart.

Another relic of the past, True Crime: New York City is the sequel to True Crime: Streets of LA, and is an ambitious open-world city sandbox that puts you in the role of a policeman looking to clean up the streets of Manhattan.

The game’s portrayal of New York is incredibly detailed for a 2005 game and included a stellar cast of voice actors to go along with a strong story. The gameplay mechanics certainly left a lot to be desired back then and even more so now, and as a result it couldn’t compete with the more popular Grand Theft Auto series. Still, it was a joy to cruise around New York, passing faithful recreations of some of the city’s most iconic landmarks.

Movie-related games usually have no purpose, thanks to a history of rushed shovel titles that have been pushed to coincide with the release of a movie. Luckily, that wasn’t the case for Peter Jackson’s King Kong, as a lot of thought and care went into its video game counterpart.

Related: Movies You Didn’t Know Had A Video Game Adaptation

You play as both the film’s main character, Jack Driscoll, and King Kong in their own dedicated levels. Eventually, you’ll find yourself in New York City where you can monkey into a 1930s version of the Big Apple as Kong himself. After running over some pesky cops and throwing a few cars around, you can relive the age-old iconic image of everyone’s favorite giant gorilla roaming atop the Empire State Building.

Long before the city had towering skyscrapers or streets littered with Wall Street yuppies, New York was once a humble, rising port city that was the heart of commerce and commerce. Assassin’s Creed 3 takes you to an 18th century version of New York, right at the start of the American Revolution.

It does a fantastic job of transporting you to this revolutionary era of Manhattan as you roam the streets occupied by the British as the Assassin, Conner. As with any early Assassin’s Creed game, the combat and parkour feel great while soaring across city rooftops and taking down British redcoats with the wicked kills and brutal finishers the series is known for.

The Ghostbusters video game is often seen as the sequel to the Ghostbusters story that ended in 1989. It’s essentially the third movie fans never got, with much of the original cast reprising their roles. .

It’s set in a ghost-infested New York in the early 90s, where you play as a fresh-faced rookie looking to prove himself as a worthy addition to the team. Missions have you beaming protons at an assortment of possessed ghosts, ghouls, and marshmallow creatures in iconic locations, including the city’s Museum of Natural History, New York Public Library, Central Park, and even the fictional base. of the team, the Ghostbusters fire station.

Prototype offers one of the most interesting ways to traverse New York, as you play as Alex Mercer, a bio-enhanced acrobatic shapeshifter. Along with being able to grow literal claws and blades from his fists, Mercer has a whole host of fancy traversal abilities up his sleeve, making it easy to get around Manhattan.

Skyscrapers are no longer an obstacle as you can quickly run and glide over them with ease, while being able to sprint at extreme speed and jump to great heights. Once mastered, you can put it all together in a glorious string of billowing, flowing Parkour that would put any white-hooded assassin to shame. While not the most inspired depiction of New York, it’s still interesting to see the city under lockdown due to a universal and potentially deadly supernatural virus.

The first Max Payne is set in a film noir take on New York City, set only over the course of three dark evenings in a city covered entirely in snow.

You spend most of your time in expensive high-rise apartments and run-down, grimy drug dens, as the famous skyline takes a step back from the seedy underbelly of the city. It does a great job capturing a gritty neo-noir tone that draws inspiration from various hard-boiled crime novels and iconic New York-based movie classics such as Taxi Driver. It was the first step in cementing Remedy as the masters of video game storytelling.

New York in Tom Clancy’s The Division is not a very pleasant place to live. After a viral outbreak decimated the population, the city has become a desolate quarantine zone of disorder and chaos as bands of lawless scavengers fight over territory and resources. It’s up to you and your merry band of agents to liberate the city and bring order to a post-apocalyptic New York.

It’s atmospheric and full of incredible detail as you race through snowy Christmas-themed New York, shooting and looting through its sparse streets. You may even stumble across the Empire State Building and Rockefeller Center, but be careful as they’re located in the dangerously untamed Dark Zone – a place where risk and reward abound.

Grand Theft Auto 4’s Liberty City is New York in all but name, as it represents one of the most comprehensive video game adaptations of the city to date. You can drive around and find all the major landmarks, including Times Square, Central Park, and even a satirical depiction of the Statue of Liberty holding a coffee mug instead of a torch.

The fourth installment in the GTA series brought more side-activities to play with in its sandbox, which made the world much more fully realized. It was as effective at depicting the gritty, violent underbelly of the town as it was at depicting the frustrating feeling of receiving unwanted phone calls from bowling-obsessed family members.

There have been many iterations of Spider-Man’s New York, but Marvel’s Spider-Man’s Big Apple is certainly the most visually impressive it’s ever seen, and is by far the most fun way to traverse the iconic city.

Although not a one-to-one scale representation, it beautifully depicts the city with an impressive degree of detail. It also helps that web-slinging is the best it’s ever been, letting you swing, zip, and run up walls at breakneck speed. It’s fantastic to dash into the impressive One World Trade building for a quick selfie using the game’s stellar photo mode – you can even spot Avengers Tower blasting you in the background. The remastered version of the game is even better with its improved models, lighting, and ray tracing.

Next: Best Games Set In Europe